Australia to the UK

A big battle is looming up for travel between the United Kingdom and Australia once the shadow of Covid-19 is lifted.

The routes were in the past the blue ribbon preserve of British Airways (BOAC) and Qantas.  It has in more recent times come under pressure from the Gulf-based airlines and carriers from South East Asia.   BA still has a presence, but only to Melbourne and Sydney, and fellow oneworld member Qantas goes non-stop from Heathrow to Perth, and on to Melbourne, plus via Singapore to Sydney.

Getting in first Etihad has quickly reintroduced a daily Boeing Dreamliner, two-class service to both Melbourne and Sydney via Abu Dhabi and says it will double the frequency “as soon as practical.”  Within hours Emirates was announcing a similar programme which also includes Frankfurt, Paris, Milan, Madrid, Chicago and Toronto.  As with other carriers Emirates says travellers will only be accepted on these flights if they comply with the eligibility and entry criteria requirements of their destination countries.

Now to add to the mix the Australian Competition & Consumer Commission (ACCC) has given British Airways and Qatar Airways the green light to coordinate their services on a number of routes between Australia, Europe and the UK.  The approval will run for five years. It goes beyond code sharing to allow the two airlines to cooperate on schedules, pricing, sales and marketing, frequent flyer programmes and lounge access on flights to Canberra, Melbourne, Adelaide and Perth via Doha (DOH). Sydney is not included as BA already serves the state capital of New South Wales using its own aircraft.

In granting approval, the ACCC said the coordination is “likely to result in public benefits from enhanced products and services due to more convenient travel options and improved customer services.”

Qatar Airways is a 25% shareholder in BA owner IAG and already has a joint venture on routes between the UK and Qatar and on more than 80 destinations beyond each of London and Doha. 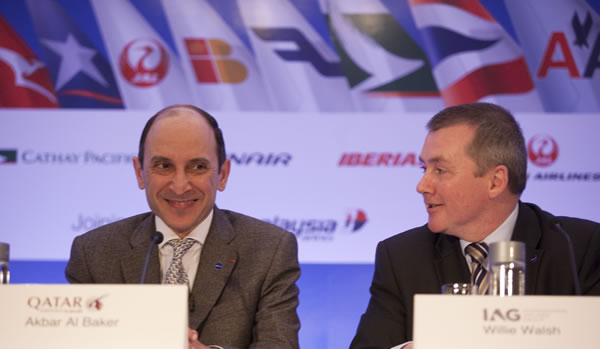