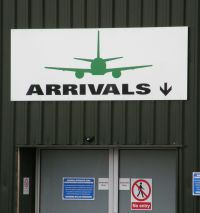 COVENTRY AIRPORT is no nearer re-opening as a licensed operation than it was when operator West Midlands International Airport Ltd collapsed at the beginning of December.  After making all the right noises Switzerland-based ADP has pulled out from a deal with the freehold owner Coventry City Council.  It is thought that another serious party has been monitoring the situation and might now be in a position to open up discussions.  Resident airline West Atlantic, a major freight operator, says it has been inconvenienced, the airport in the main more of a maintenance and management operation rather than a key operational hub.  However the continued closure of the airport is causing a strain for the flying clubs and other aviation interests based at the airport. www.coventryairport.co.uk