A programme to encourage long-haul travellers to extend Madrid stopovers from one to six nights, with special deals on hotels, transport, dining, entertainment and other services has been launched by Iberia and the city council (BTN 10 February). The Stopover Hola Madrid package aims to attract more visitors, strengthening Iberia’s Madrid hub and driving demand for Iberia’s long-haul flights. BTN investigates. 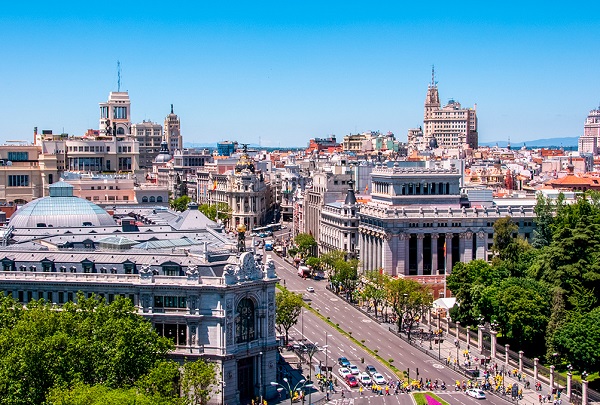 Iberia’s “Stopover Hola Madrid” (SHM) offers passengers the chance to turn a layover into an exploration of Spain’s capital, spending one to six nights in the city at no additional cost to the price of their ticket. There are special offers and exclusive discounts on accommodation, transport, shopping, catering, leisure and cultural activities. If you have the time, it’s a gift.

Like any capital city, Madrid can be overwhelming but SHM participants can pick up a free guide 48hr before arrival with information about local transportation, climate, sightseeing, dining and the rest via the biduzz app. Once in Madrid, they can hire a “Biduzzer” expert personal guide through the app, who can provide insider information about places to go and things to do, from the best choices on a menu to the best seats in a theatre.

Another deal gives SHM visitors free transportation – on reaching the arrivals area, you can pick up free public transportation cards valid for two days on all municipal buses and the underground Metro. Other options are to choose a transfer on Alsa, the Spanish subsidiary of the UK’s National Express, or to hire a car from Avis. Both companies offer discounts to SHM customers. To facilitate communication, the Holafly company offers discounted data cards for customers’ phones.

After that, it’s just a question of sorting out which of Madrid’s many attractions to see in whatever time is available. The dedicated SHM website is a valuable asset in itself and there is more information on the tourist board website, including a list of what are considered the top 10 best places to see.

Front and centre for many visitors is the Prado Museum, celebrating its 200th anniversary this year and one of the world’s leading art galleries, boasting works by Velázquez, Goya, El Greco, Titian, Rubens and Hieronymus Bosch, among others. It is also the crown jewel of one of the city’s most popular tourist itineraries, the Paseo del Arte, or Art Walk, the start of which is marked by the Cibeles Fountain, one of Madrid's most renowned icons.

The Prado's walls are lined with masterpieces from the Spanish, Italian and Flemish schools. Possibly the best known are Velázquez’ Las Meninas and Goya’s Third of May, 1808, but the collection has 8,600 paintings and more than 700 sculptures, so a little forward planning is recommended on what you want to see before stepping into the museum. If you are short on time, the Prado's website suggests three itineraries of 1hr, 2hr or 3hr covering the most important masterpieces.

If you’re doing the Art Walk, two more museums await, the Thyssen-Bornemisza and Reina Sofia. The first contains another large collection of more than 1,000 works tracing the history of European painting from the Middle Ages to the late 20th century. Italian primitives, the German Renaissance, 19th-century American art, Impressionism, German Expressionism and Russian Constructivism are the most widely represented schools and movements.

The obviously more modern  architecture of the Reina Sofía houses Madrid’s Spanish contemporary  art museum, opened in 1990 and showcasing paintings by Salvador Dalí, Joan Miró and Juan Gris as well as one of Spain’s most famous artworks, Picasso’s Guernica. Be prepared – it’s another huge collection, with more than 22,400 works.

Second only to the Prado for many visitors is Madrid’s Royal Palace, although it’s not often appreciated it is the biggest in Western Europe. The building was inspired by sketches made by Bernini for the Louvre in Paris and is in the form of a square looking out over a large courtyard with galleries and a parade ground.

It has more than 3,000 rooms plus the renowned Main Staircase, designed by Sabatini with more than 70 steps, and the Throne Hall, featuring a ceiling painted by Tiepolo. Other must-sees include the Hall of Halberdiers, which Charles III turned into the Guards Room; the Gasparini Room, with 18th century decorations, and the Royal Chapel, which is home to a collection of string instruments made by the legendary Antonio Stradivari.

A feature of the palace is the Changing of the Guard, held every Wednesday and Saturday, and the Solemn Change, which takes place on the first Wednesday of each month.

For a complete contrast, Madrid offers an hour or so at El Rastro, said to be the most popular and traditional market in the city. It has been held for than 250 years from 09:00 – 15:00 every Sunday and bank holiday, in the area that used to be occupied by the tanneries next to a slaughterhouse.

It consists of more than 3,000 stalls, from the curious to the welcoming and enigmatic spread across a network of streets centred on Cascorro Square and Embajadores Street, passing through the Ribera de Curtidores and adjacent squares.

And finally in this brief review of Madrid’s treasures, one for sports fans – the Santiago Bernabéu Stadium, where visitors can go behind the scenes of Real Madrid, explore the club museum and even step into the players' changing rooms. Named after the club’s legendary president who headed Real Madrid between 1943 and 1978, the 81,000-capacity stadium was opened in 1947.

The tour takes visitors round the club’s most iconic spots and shows them the stadium the way the authorities see it, from the Presidential Balcony; from the players' perspective, from the pitch itself, and from the coach’s viewpoint, sitting in the heated ergonomic seats in the bench area. In the dressing rooms, visitors can have a photo taken next 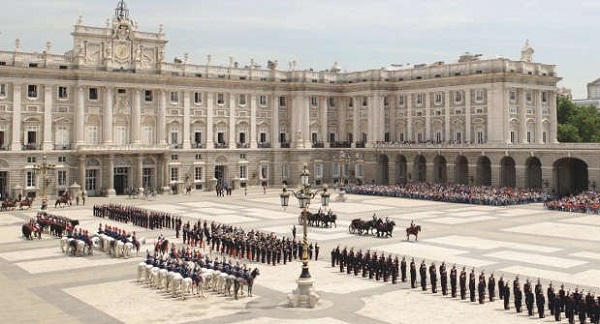