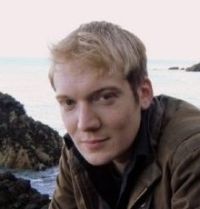 MARTIN HALSTEAD,  four years ago labelled “Baby Branson” by the Sunday Times (Alpha One failed), has been revealed as the man behind Varsity Express (see AERBT 25 January 2010) due to take off on 1 March.  Martin is now 23.  Varsity Express plans to operate between Oxford and Edinburgh, twice daily, weekdays, with another route to be unveiled later this week.  Now a qualified pilot Martin has spent his time usefully,  acting as a cabin service ambassador for Virgin (flying on long haul, under-performing routes) as a first officer on a Jetstream 31 for Blue Islands in Guernsey and as a F/O on Airbus A319/A320 aircraft with bmi for an ACMI contract with Greek airline Elite.  The investors in Varsity Express are expected to be unveiled at the launch.  www.flyvarsity.com