A non-stop commercial air link between London and Sydney moved several steps closer last week as Qantas pulled off a second success in its Project Sunrise programme (see infographic below) with a research flight between the two cities. 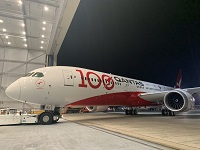 A fresh-from-the-factory Boeing B787 Dreamliner in the airline’s new centenary livery left Heathrow at 06:00 on Thursday with a minimal payload of passengers, landing in Sydney at 12:28 local time on Friday, 19hr and 19min later.

The airline is expected to decide before the end of the year whether to go ahead with non-stop New York – Sydney and London – Sydney services, with a potential start date of 2023. Airbus and Boeing are vying to supply a suitable aircraft.

If the plan goes ahead, Qantas CEO Alan Joyce, who has been aboard both test flights, says the aircraft used will have at least 30% of space assigned to executive class cabins selling at a premium of 20-30% over stopover routes.

Qantas is also planning events to mark its 100th anniversary next year with the livery seen on last week’s Dreamliner part of the celebrations. The airline was founded in Winton, Queensland, on 16 November 1920. 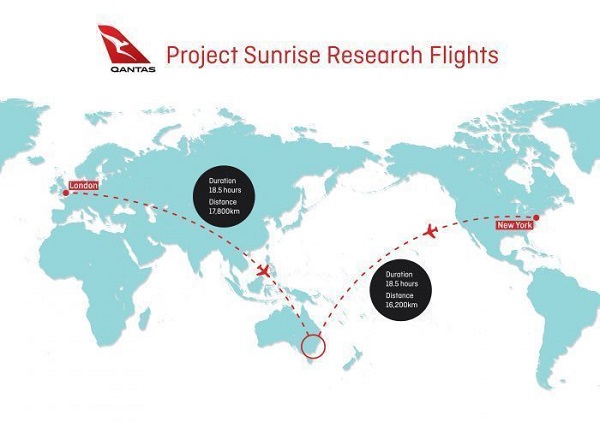