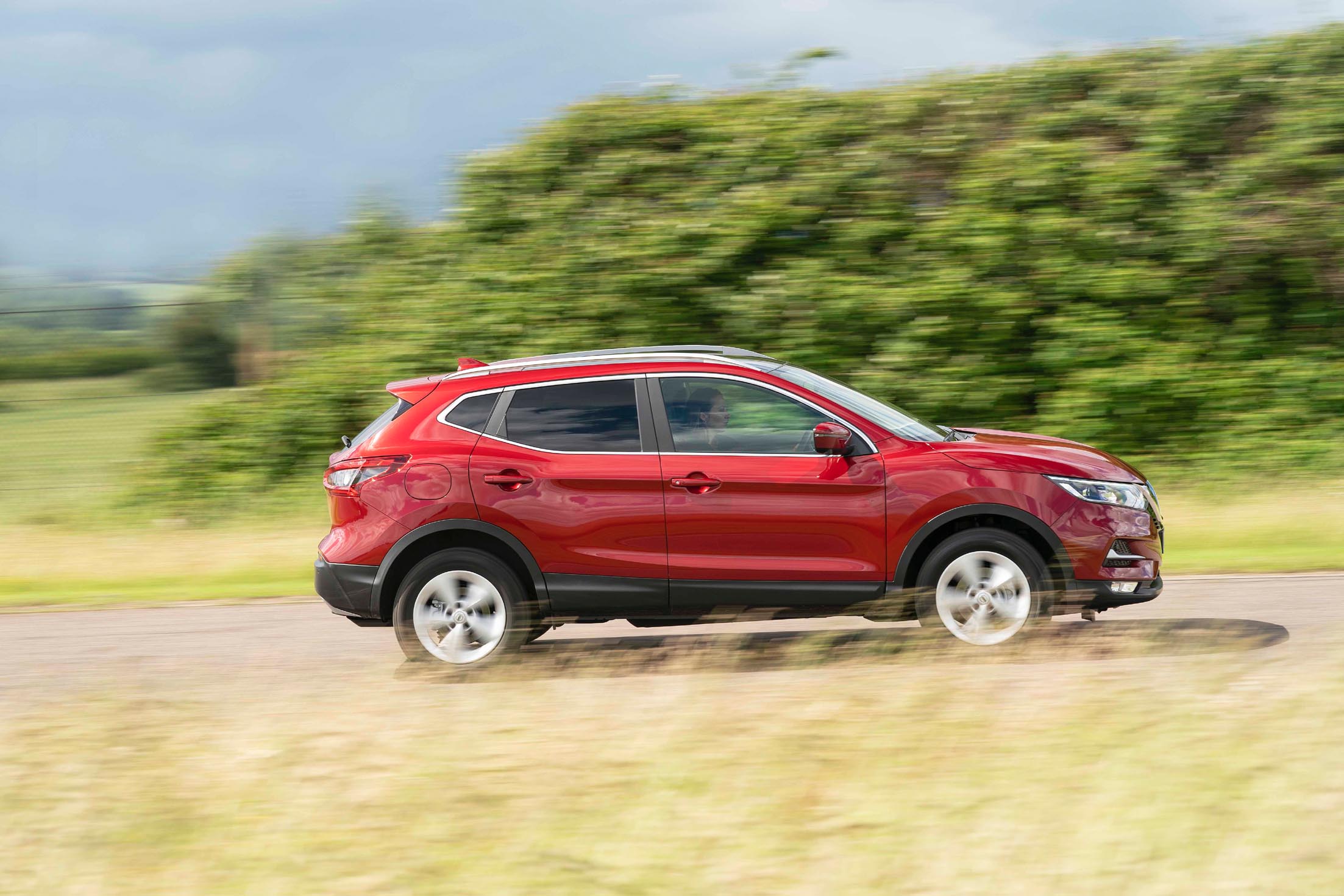 There is an aviation connection with the Sunderland-built Nissan Qashqai Tekna.

Nissan was not the first automobile manufacturer in Sunderland; in the late seventies the area was the home of Clan Motor Company (see BTN 12 August).

Since the Nissan plant was established in 1986, it has produced more than 9m units, 80% for the overseas market.

The subject of this month’s road test is Europe’s best-selling crossover, or mini-SUV. In fact, the term MPV (Multi-Purpose Vehicle) seems to be creeping in, perhaps a better description. The Qashqai has a mildly-elevated driving position which can make you feel slightly superior to other road users, and it allows for fine all-round visibility.

Some may say it follows the trends with regards to looks, which is probably true.  It does its job very well with a range of models covering all requirements and pockets. Our Tekna, a near top-of-the-range model, came as standard with a very full range of convenience extras with perhaps the electric parking brake the most useful once we became used to it and all-round camera positions linked to an auto parking system.

The Qashqai is a British success story as well as being a Japanese car. It is the first model to be styled by Nissan Design Europe in London, with engineering development led by Nissan Technical Centre Europe (NTCE) in Cranfield, Bedfordshire.

First unveiled as a concept vehicle at the 2004 Geneva Motor Show, it was globally presented at the 2006 Paris Motor Show. In September 2015, Nissan rolled a record-breaking 500,000th Qashqai off the production line at NMMUK, the fastest time for a vehicle built in the UK to reach a half million units. By the start of 2018, 3m had been built.

In terms of size, its 169.7in length and 63.4in height places it into a crowded market place that includes the Hyundai Tucson, Kia Sportage and Mitsubishi Outlander.

The Tekna cannot be described as sporting, with plenty of body lean in bends and a notchy six-speed gearbox, but its 0-60 time of 8.9sec is perfectly acceptable powered by Nissan’s new 1.3 DIG-T 160mps petrol engine.

Nothing special with consumption at 40-plus to the gallon and the mid-range road test car came with 19in wheels, making it ideal to tackle the local council road humps that are springing up more and more. Do they work, increasing fuel emissions and general inconvenience, or should drivers be trusted to keep to the speed limits?

Our test car offered an electrically-adjustable driver's seat, heated, as was the similarly-comfortable companion’s couch, with a panoramic glass roof as an extra plus one-touch electric blind.

The technical control, if that is the right description, comes through Nissan’s Connect system, which is operated via a 7in touchscreen at the centre of the dashboard. It also includes a DAB radio and adds a host of additional features, including sat-nav, Apple CarPlay and Android Auto smartphone mirroring, plus 3D mapping.

You can also download an app to your phone adding remote services, such as to find your car (if you’ve forgotten where it’s parked) and to send destinations to the sat-nav. With this, you can plan a trip, sending your destination to the car via what is called “Door to Door Navigation” before setting out. Route guidance begins as soon as you start the vehicle.

There is plenty of storage space in the cockpit for most reasonably-sized items including water bottles.

The Qashqai’s rear seats are reasonably roomy by family SUV standards, with lots of headroom and a fair amount of knee room. In both respects, the Qashqai is roughly on a par with the Skoda Karoq and two grown-ups will be comfortable in the back on longer trips, although anybody taller than 6ft will probably find his ot her knees brushing the seat in front if it is pushed back.

The rear seats fold down in a 60/40 split, rather than the 40/20/40 arrangement offered in some rivals, and they are fixed with no sliding mechanism or reclining. Perhaps we have been spoilt with a very expensive chauffeur collection in recent times by a German car with rear passenger full seat adjustment.

You don’t get an electric rear door button on the Tekna, and in truth there is only enough room for the weekly shopping or a couple of sets of golf clubs but not much more. But it did come with a false boot floor which is useful in several ways.

You can raise it to create separate underfloor storage, with the bonus that its upper position eliminates the tailgate loading lip and the step created when you fold down the rear seats. You can also slot one of the floor sections in vertically halfway along the boot to create a divider that prevents your shopping bags flying around.

All in all, the Qashqai is a fine all-round package and that is why it sells so well. The bottom-of-the-range Visia (£20,195) only lacks the Connect system, but the next one up, called Premium (£23,100), has a series of driver’s aids and might be the one to go for depending on your budget. The Tekna+ (£29,425) includes the sunroof as standard, fancy body trimmings and also a four-way electric driver’s seat lumbar adjustment.

Our Tekna 1.3 on the road was priced at £28,445 including the £450 sunroof. We reckon it good value and clearly is attracting buyers from around the world. It is a fine family workhorse.