The Wow saga rolls on

The tangled tale of creating a new Icelandic airline to replace Wow Air, which collapsed earlier this year, took a fresh turn last week with new backers (below) coming forward to announce the formation of a carrier called Play.

Described as being “founded from the bankruptcy of Wow”, the airline, with a bright red livery, is headed by Wow’s former vice-president of operations, Arnar Már Magnússon, who says Play will start flying next spring.

The carrier plans to have six aircraft by next summer, growing to 10 within three years, and claims to have received around $40m in funding, primarily from overseas investors.

US entrepreneur Michele Ballarin told a press conference in Iceland in September her company, USAerospace Associates, had bought Wow’s assets intending to resurrect the airline within weeks (BTN 7 October).

Last month, the start date was delayed until December amid reports the new airline would focus on cargo transport before it began operating passenger flights. Ballarin did not immediately comment on last week’s events. 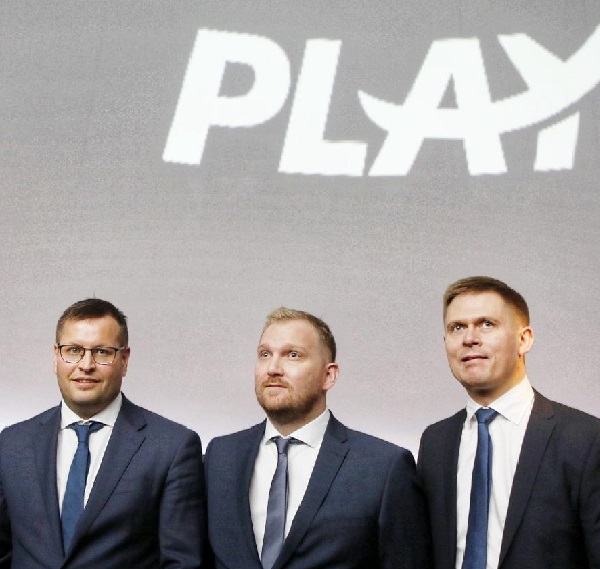