With Lufthansa set to launch a new direct flight between Bristol and Frankfurt from 30 March next year (see BTN last week), Andrew Sharp checks out what the UK airport has to offer its passengers. 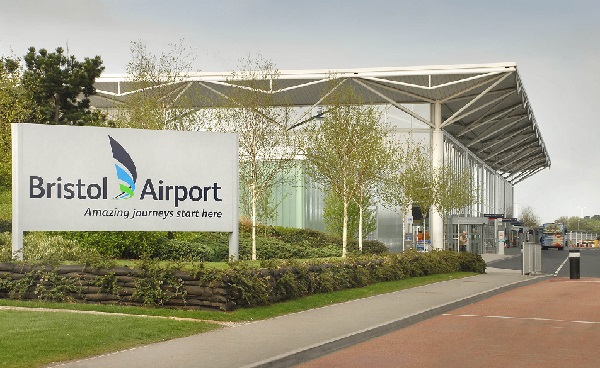 Getting to Bristol Airport by road, in particular from the M3, has long been seen as a problem, a penalty for its location in attractive countryside some 7mi (10km) south-east of its host city. Hopefully, expansion plans in the pipeline will help to ease the situation.

It is important – the airport has a wide catchment area, with limited competition from the airports of Exeter (to the south-west), Cardiff (north-west), Bournemouth and Southampton (south-east) and, of much more significance, the London airports to the east.

Bristol Airport estimates that leakage to London amounts to 7.8m passengers a year, including 43% to Heathrow and 31% to Gatwick. There is a planning cap of 10m passengers, but an increase to 12m is part of a planning application which, the airport says, is for "more of everything", including landside roads.

Local politics are complicated, with many elected members of the local planning authority, North Somerset, which has no party in overall control, new to the scene. The planning application, while trivial in national terms, will be the biggest they have seen.

Bristol Airport serves 12 destinations in the British Isles, 99 in the rest of Europe, and six outside Europe, including Cancun and Orlando in North America. Amsterdam, with up to six flights a day, four by KLM and two by easyJet, is an important hub, with connections world-wide.

Dublin, with up to six flights a day, three with Aer Lingus and three with Ryanair, has useful onward connections which are particularly valuable because of the opportunity to pre-clear US Customs and Immigration. Paris CDG, with two easyJet flights a day, and Brussels, served by Brussels Airlines, increasing to twice daily shortly, are also valuable for connections.

The region is wealthy, with high levels of employment, highly-paid jobs and a high propensity to travel. There are several universities in the catchment area, while 20% of the airport’s passengers come from south Wales. Customers – passengers and airlines – like the airport: it scores highly on service.

The aim is to make it as quick and easy to get through as possible. A new multi-storey car park (MSCP) is to be built in the valley across the road from the terminal: the two will be connected at check-in level by a glazed bridge. It is hoped inbound passengers will be able to transfer from plane to car park in 15min.

The 12-lane security area is glazed with open views and there is also a fast-track option. The airport has a rewards scheme, with discounts on things like lounge access and parking (the two lounges are impressive for an airport of its size: one has a “no children” area). There is also a no-smoking outside viewing and dining area at departures level.

The airport is very space-constrained (200ha) and surrounded by Green Belt land. Because of this, it has what officials believe is the largest block-park car park in Europe. Passengers hand over their cars to be professionally parked and the cars are parked tightly together in an optimal position to be moved to a collection area some hours before the passengers are due to return.

The forecast for 2019 is around 9m, continuing the trend of sustained growth for all except one of the past 20 years. Growth has been driven partly by sustained investment in capacity – £200m-plus in the past six years – in extensions to the terminal, airside capacity improvements, and car parking including a new MSCP next to the new Hampton by Hilton hotel.

As noted above, access to the airport continues to be a major issue, with no direct rail connection and road connections having only a single carriageway in places. The CBI South West said recently access was a top priority.

The A1 Airport Flyer limited-stop bus runs to Bristol Temple Meads station and the city centre 24hr a day every 10-20min for much of the time; in the city environs, it uses a dedicated busway. In the past, it has been estimated that half of its passengers use rail to or from Bristol. It started as a minibus: now, double deckers need to be used to meet demand.

Another Airport Flyer service, the A3, goes to Weston Super Mare station hourly but not quite 24hr, though there are firm plans to run it 24hr and to add a stop at Worle station. A third, the A2, serves residential areas between the airport and central Bristol. These are all sponsored by the airport.

Other routes serve local stations and the buses are used heavily by employees as well as air passengers. It is hoped that in the near future new demand-responsive routes will be introduced, with tenders to be invited for a six-month trial in the New Year.

Bath, Cardiff, Exeter, Plymouth and Taunton are served by regular coaches: mostly these run every hour. The transport information system in the terminal forecourt is impressive: it includes live train departure information for Bristol Temple Meads station and all told 12.5% of passengers use bus or coach to access the airport.

Over the years, there have been plans for some kind of rail connection though the idea is not helped by the local topography – at 600ft, the airport is the second highest in the UK. Local stations have in the past been suggested for a park-and-ride service, but more recently the mayor of Bristol has promoted a three- or four-line part-underground automated metro for the city with one of the lines running to the airport.

A service from airport to city and through to the Filton area to the north of Bristol is seen as optimal. A new mode-agnostic public transport study is currently in hand.

There is much green interest locally. The airport promotes its sustainability activity, with an annual monitoring report about progress towards air quality and environmental aims. All the electricity used is from renewable sources, and the airport will offset all passenger journey emissions from next year.

Quick and easy to get through, but not always easy to get to, with attractive facilities – that sums up Bristol Airport.

■ With thanks to staff at Bristol, in particular Jacqui Mills, Nigel Scott, Daniel Mills, Simon Earles and Kirsty Broome. 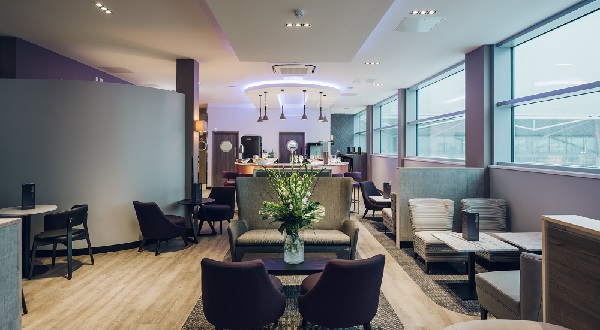 I'm equidistant from BRS and Exeter and will always use Exeter if possible - often not possible though. Why? The transport issues alluded to. Taking the M5 is just asking to miss the flight, especially in summer, which means congested single carriageway backroads. And what's not mentioned is the frequent congestion at the airport - very busy and congested access road, feeding all the car parks and both terminals. Car parking seems expensive for an airport this size, maybe multi-story (already open) will ease this. And too many flights involve long and wet bus transfers from terminal to plane.