Bristol – Frankfurt on the way

A new direct flight between Bristol and Frankfurt is being introduced by Lufthansa on 30 March as the airline further strengthens its commitment to the UK market with a twice-daily service six days a week and once daily on Saturdays. 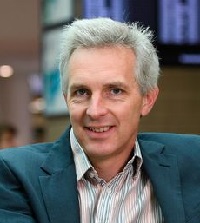 Flights will be by Embraer E190, with multiple onward connections from Frankfurt throughout Europe, the Americas and Asia Pacific, giving travellers based in southwest England access to 2,886 weekly frequencies spanning 177 destinations.

The service complements the recently-announced service between Bristol and Belgium’s capital by Brussels Airlines, a member of the Lufthansa Group.

Group senior sales director UK, Ireland and Iceland Andreas Koester said: “With the UK a vital market for us, it is important to reinforce our commitment in this region and are delighted to do so with a service from Bristol to one of our major hubs.”

Bristol Airport business development director Nigel Scott added: “News of a new airline and a new route from Bristol Airport is a strong indication of regional demand and Lufthansa’s commitment to extend scheduled services within the South West.”

■ Lufthansa also announced last week it was increasing its Glasgow – Frankfurt route to a double daily service from 29 March next year, increasing capacity on the route by an additional 65,000 seats.

(See also ON TOUR in this issue).