The last of more than 700 flights deployed to bring home passengers stranded overseas by the Thomas Cook collapse are due to land in the UK this morning, Monday 7 October, as the Civil Aviation Authority’s Operation Matterhorn winds down. 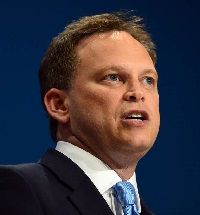 CAA chief executive Richard Moriarty said: “We still have work to do, but I would like to say a sincere thank-you to everyone who has played their part in this operation so far. We are pleased 94% of holidaymakers have arrived home on the day of their original departure.”

With the future travel plans of many customers in disarray and thousands of job losses, the CAA said it would now turn its attention to refunding the 360,000 bookings cancelled when Britain's oldest travel group went under.

Transport secretary Grant Shapps has said the government will try to recoup some of the costs of the repatriation from third parties such as insurers and from the failed company’s assets. And an inquiry by the Business, Energy and Industrial Strategy Committee is to focus on directors' stewardship of the company.