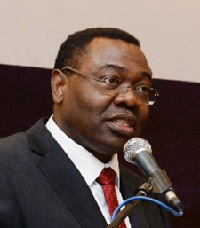 The UN aviation agency’s 40th Assembly was opened by ICAO council president Olumuyiwa Benard Aliu, who stressed the need for resilient support of the Carbon Offset and Reduction Scheme for International Aviation (CORSIA) framework adopted at the 2016 assembly.

“It is important to remember CORSIA was adopted after very difficult negotiations and to avoid a cumbersome patchwork of national measures for operators such as taxes which can impede global connectivity,” he said.

“It would therefore be counter-productive to aviation and climate change progress if we fail at this assembly to assure CORSIA’s continuing launch as a truly global offsetting scheme for international flight emissions.”

His stance was backed by IATA director-general and CEO Alexandre de Juniac, who said there was a risk CORSIA would be undermined by governments “piling on” additional carbon-pricing instruments.

He added: “CORSIA was agreed as the single global economic measure to achieve carbon-neutral growth by generating $40bn in climate funding and offsetting around 2.5bn tonnes of CO2 between 2021 and 2035. Governments need to focus on making that commitment a success.”