On a visit to the Netherlands, John Burke visits the Aviodrome to catch up on the history of KLM among other pioneers of flight, followed by the Netherlands Railway museum, a city built on cheese and a stately reminder of the Kaiser. 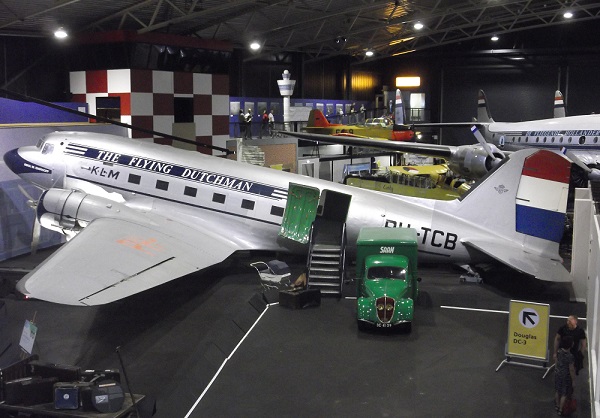 Today, 7 October, marks the 100th birthday of Royal Dutch Airlines (KLM). The company was founded on this day in 1919 and is the oldest carrier still using its original name. The first flight was seven months later, on 17 May 1920, between Amsterdam and London Croydon using a leased De Havilland DH-16.

These and many other exploits are recorded at the Netherlands’ aerospace museum, the Nationaal Luchtvaart-Themapark Aviodrome, known usually as the Aviodrome, with the occasion marked by the presence of King Willem-Alexander, who has discreetly co-piloted Fokker F70s and Boeing B737s for KLM.

Aviodrome was housed previously at Amsterdam’s Schiphol Airport, but moved to reclaimed land in Flevoland – formerly the inland sea called Ijsselmeer – to get more space for an eventual display of 104 aircraft.  The curator, Raymond Oostergo, hints that more types are being sought.

An area of 5,435sq m (1.33 acres) was obtained next to Lelystad Airport, already the largest in the Netherlands for general aviation, but flights are being restricted until the flight paths to Schiphol and three other airports are changed in 2023.

Despite work in progress at Aviodrome, the public can already see 30 machines and other equipment inside linked hangars. The aim is to show the history of aviation from the myth of Daedalus and Icarus through the designs of Leonardo da Vinci to the origin of ballooning and into the space-age. The first manned flight over Holland was made in 1785, two years after the Montgolfiers’ success.

Actually, the exhibits show a Dutch bias thanks to Anthony Fokker, who moved in 1910 to Germany where he built his first civil aircraft, de Spin. His factory soon produced such military planes as the DR.1 triplane, as flown by von Richthoven, but a V2 biplane from Spyker, based in Holland, has Dutch colours.

Various machines from World War I are displayed alongside a Junkers Ju52, as used by parachutists dropped on the Hague in 1940, and a Grumman S2 tracker, while an F.VIII of 1927 is in the process of being rebuilt – it pancaked on Venezuelan sands in 1939.

Several other aircraft from the Fokker company, which prospered near Schiphol from 1919 – 1966, are also on display, ranging from the F17 Trimotor to the F27 Friendship, of which a record 586 were built.

Along with one of only 20 Stearman-Hammonds, both those are in KLM livery, as are also a Douglas DC3 and the Flying Dutchman Constellation from Lockheed. Souvenirs include mugs with the crest of RAF Bomber Command, which included No 320 (Netherlands) Squadron.

It is not that simple to find or reach the aviation complex, which is several miles outside Lelystad, the chief town of Flevoland. Yet it is only 1hr by train from Utrecht, the hub of Dutch railways, which has 16 tracks with 1,000 daily departures for almost 200,000 passengers, some of whom use the three storeys of parking for 12,500 bicycles.

Utrecht is also the home of the Netherlands Railway Museum, housed in the former Mailebaan Station and telling the history of Nederlandse Spoorwegen, which also operates the fast London-Harwich route.

Displayed among 28 locomotives is the first Dutch electric railcar, built in 1908. The nine steam-trains range from a replica of De Arend (built by R.B. Longridge in Northumberland), which made the inaugural run between Amsterdam and Haarlem in 1839, to NS 3737 that closed the steam era in 1958.

Also on display are a huge CC50 Mallet that was eventually sold to Indonesia’s railroad but brought home in 1982, as well as the Longmoor, built by North British in 1945. Crests on other railway engines show they were manufactured in Berlin and Manchester.

Further rolling stock includes wooden third-class carriages and a royal coach.  Completing the exhibition are model trains and advertisements as well as a signal-box and an old railway platform, not forgetting a vintage delivery-van to connect with trains.

Parcels and packages would have included cheeses from Gouda, only 26 miles westward. The traditional market for the mild, yellow, unpasteurised wheels of cheese, weighing 16kg each, still takes place from June to August. It begins at 10:00 on Thursdays in the square between the town hall and weighhouse of 1668, now a museum.

A shorter distance from Utrecht in the opposite direction is the small town of Doorn, where the Kaiser bought a country house almost exactly a century ago after fleeing Germany in November 1918.

There are guided tours in Dutch (and in guarded language) of its several rooms that are filled with furniture and artefacts. No fewer than 55 goods wagons brought his possessions from Berlin – including even a copy of Nefertiti’s bust in Dahlem museum. 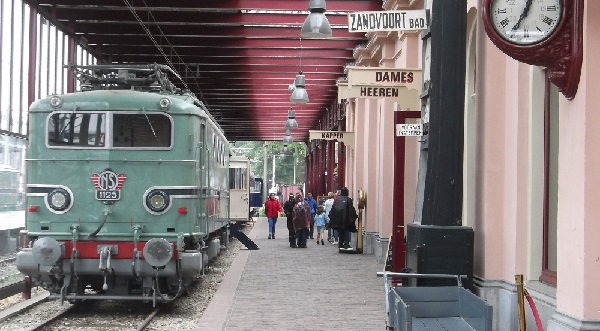