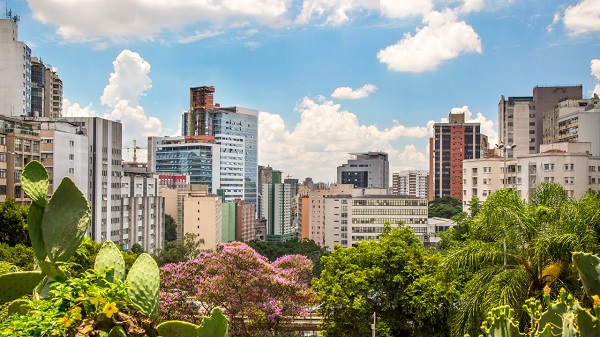 With a flight time of just under 12hr, Virgin Atlantic's new service will be operated by Boeing B787 Dreamliner aircraft offering Upper Class, Premium and Economy Delight, Classic and Light cabins, taking passengers to what has been called one of the liveliest countries on the planet.

São Paulo is a big business destination. The Brazilian economy is booming and São Paulo as the commercial capital is the largest city in the Americas after New York for multinational companies to have offices. It is also one of the top 20 global economic centres.

On the leisure side, it is home to the popular Museu do Futebol (football museum) and the Catedral da Sé (main cathedral), as well as renowned jazz, art, fashion and sports events. Further afield, it is a gateway to many other attractions throughout Brazil including the Amazon rainforest, energetic Rio de Janeiro and the country’s many sublime beaches.

Architecture is big in Brazil’s most populated city. Edifício Copan is its most iconic building, a curved tower block that is one of Brazil’s biggest. It is the work of the Modernist master Oscar Niemeyer and the view from the spectacular rooftop is a good way to get a feel for the size of both the structure and the mega-city below.

Vying for attention close behind is the Museu de Arte de São Paulo, similarly an intriguing modern structure and, with an 8,000 piece-strong collection of South American works, one of the most important museums in the Southern Hemisphere. For many visitors, however, the brave new world of São  Paulo architecture is best embodied in the aptly-named Hotel Unique. Shaped like a giant slice of water melon and with a porthole-studded copper façade, the post-modern landmark in the heart of the city's posh Jardins neighbourhood was designed by Ruy Ohtake, a follower of Niemeyer and Bo Bardi.

Among many other things to see, the Municipal Market, or Mercadão as it is popularly known, is a heady mixture of colours, smells and textures with displays of exotic fruits and spices. Locals call it a feast for every one of the five senses as they navigate the colourful stalls and bustling crowds.

Visitors should make sure to taste the vast range of the local delicacies on offer – the Brazilian mortadela sandwich available at the bars is a must-try delicacy. Be sure to take in the striking domed structure and stained glass of the market building between mouthfuls.

If you’re looking to feed your health kick, Zona Cerealista (Cereal Area) is an area with a range of shops offering all kinds of flour, quinoa, dried fruit, oat, nuts, spices, cereals, grains, and more. Prices are very attractive.

Nature lovers have the Horto Florestal in Cantareira, in north São Paulo, to explore. It offers a wide variety of exotic and native species of flora, while Praça do Pôr do Sol (Sunset Square) in Alto de Pinheiros is the meeting spot for the daily sunset spectacle.

Vila Madalena, a traditional bohemian neighbourhood, offers a fine art fair. There are several attractions divided among six blocks, with arts, fashion, music and cuisine, together with special attractions for children, pets and athletes. Vila Mariana houses a bar fully dedicated to geek culture, where visitors can have a beer or two in a place with video games, comic books and superhero action figures.

One way to get around is to latch on to the Tourism by Subway project, a partnership between São Paulo Metropolitan Company and São Paulo Turismo, where for the price of a metro ticket visitors can join a tour with a bilingual guide to many of the important and historic attractions. If exploring by bike is your preference, bicycle delivery services in the city provide a rental service.

The booming tourism industry complements the lucrative business market – and Virgin Holidays says it intends to launch a full product offering within Brazil for the first time. Iguaçu Falls and Amazon rainforest are easily accessible from São Paulo, and convenient connections will open up other iconic attractions such as Rio de Janeiro and the beaches of Santa Catarina.

Brazil’s position of being the number-one import and export country in South America is also likely to make São Paulo a popular cargo route. With multiple tonnes of capacity each day, Virgin Atlantic says it expects to carry regular shipments of car parts, pharmaceuticals, food and agricultural products.

Executive vice-president – commercial Juha Jarvinen said: “This year marks the start of a new phase of growth with São Paulo representing an incredible opportunity for our business. We’re very excited to be flying to a brand new continent for the first time. There are a significant number of corporate customers and multi-national businesses located in this powerhouse of South America who can now enjoy the Virgin Atlantic experience on this busy international route.

“Nor is it all about business – I’m also thrilled to introduce an exciting new destination to our leisure customers. It’s a prime opportunity for Virgin Holidays, which is busy securing a range of ancillary partners and diverse accommodation options for those passengers seeking a full-service holiday offering.”

Tourism minister Marcelo Álvaro Antônio added: “The increase of air connectivity is one of the priorities of the government in order to make Brazil more competitive in the global tourism scenario. This new flight is a great achievement for our country.” 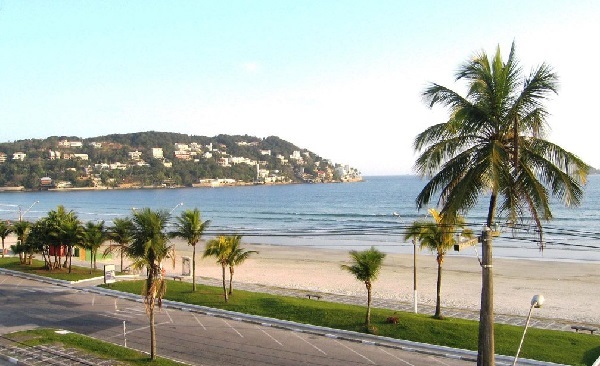