In a week of upheaval for UK domestic services, easyJet stirred the pot by saying it will launch Edinburgh – Birmingham flights from 29 March next year. The news comes shortly after the airline said it was also entering the Glasgow – Birmingham market (BTN 19 August). 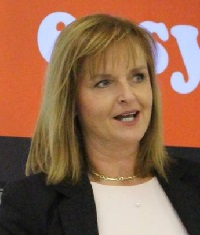 The Edinburgh – Birmingham Airbus A320 service will operate 13 times a week year-round from 29 March. EasyJet says more than 180,000 passengers are expected to use it during the first 12 months.

It is the second new Edinburgh route easyJet has announced in as many weeks, following the news that the airline will operate a twice-weekly winter service to Verona, with the inaugural flight due to take off in December.

UK country manager Ali Gayward said: “We are committed to expanding our network from Scotland and Birmingham and this is a particularly exciting addition to our base at Edinburgh. In total easyJet now serves 41 destinations from Edinburgh spanning the UK and Europe.”

Edinburgh Airport chief executive Gordon Dewar added: “We’re delighted to be part of easyJet’s continued growth in Scotland.  We share the same goal – to ensure passengers have choice, whether travelling internationally or domestically.”