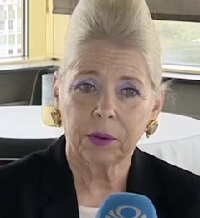 Reports in the Icelandic press in July said Wow Air assets were being bought up by an unnamed source, including the airline's product and logo, domains, booking systems, software, sales computers, uniforms, and most of its spare parts and tools.

US-based businesswoman Michele Ballarin was then identified as leading the initiative through a company called US Aerospace Associates. Local press said it would be an Icelandic company with 49% US ownership.

Further details were made public on Friday, when Ballarin gave a statement and press conference, broadcast by the Visir website, confirming the new owners putting in up to US$85m (about £67m) to revive Wow Air operations over the first two years.

Ballarin said the plan would be to start with two aircraft, which the company already had, on flights between Keflavik and Washington. The fleet would increase to four by next summer, eventually increasing to about 10-12.

The company would operate initially under a US AOC but would apply for an operating licence in Iceland in due course.

Icelandair won't make the same mistake twice. They'll price Wow out of the market. I'll be surprised if it ever takes off.