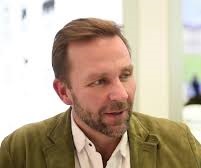 A short message on the company website said: “Wow Air has ceased operation. All Wow Air flights have been cancelled.” This confirmed rumours circulating since the private equity firm Indigo Partners withdrew from investment talks.

Wow had reopened negotiations with Icelandair following the Indigo decision but discussions were reported to have broken down for a second time. Icelandair said “a possible involvement with Wow Air's operations … will not materialise”.

Wow started flying in 2012 and at its height had 1,000 staff. It had a fleet of 11 aircraft and carried 3.5m passengers last year, operating low-cost short- and long-haul routes to Europe and to Washington and Boston in the US.

Observers noted it has been a tough period for European airlines, with Germania, Joon, Monarch, Cobalt Air, airBerlin, flybmi and Primera Air among the casualties. Flybe was taken over by the Connect Airways group and Thomas Cook is “reviewing options”.

Which? travel editor Rory Boland said: “Passengers will quite rightly be appalled that Wow Air was still selling tickets right up to the moment it collapsed knowing full well that any tickets sold would likely not be worth the paper they are printed on.”