ON TOUR: France, Spain and Guernsey. All by sea.

Deep-sea cruising in Europe seems to be developing in two ways. You either take a vacation on a port-to-port basis, your ship docking for just a few hours, or finding a trip where there is an overnight stay. See also Cruising in this issue. 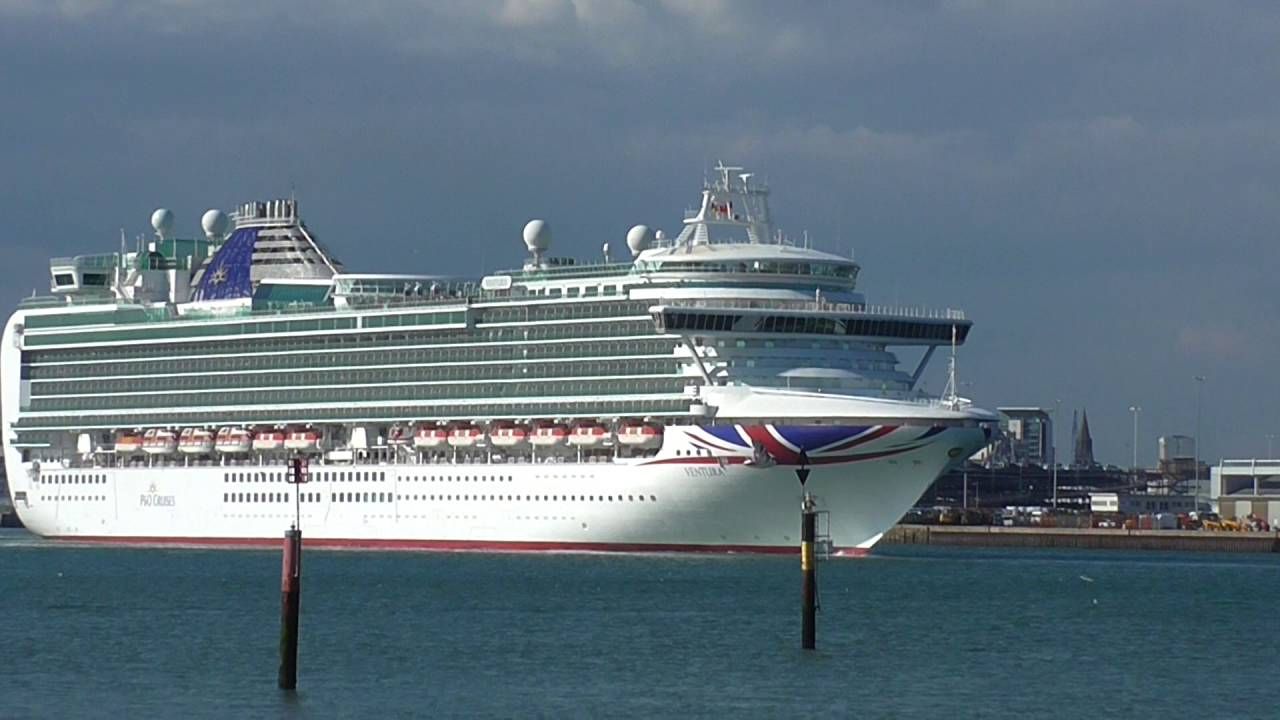 Our family holiday last week (23 August onwards for seven nights) was the former, in a way just a taster of each destination, enough to enjoy the day and to decide whether to come back for a longer land-based stay. It was also a way of introducing our grandchildren to a holiday at sea on what they termed “a gigantic ship”.

The following are just cameos, or introductions, for a series of port cities visited on P&O Ventura as she made her way south from Southampton, overnight to Cherbourg, a day at sea across the Bay of Biscay (very calm), docking at La Coruña, on Spain’s north west coast, overnight to Santander, another sea day, before mooring offshore at St Peter Port, Guernsey, surprisingly Britain’s second-busiest cruise destination with 92 ship visits planned for 2019, and finally overnight back to Southampton.

Southampton is easy to get to via the motorway network and the local airport serves 20 destinations. P&O generally uses the Ocean Terminal, also the home port for Cunard. P&O’s official on-site car parking is offered by CPS, and it works well except that experienced cruisers tend to arrive early. Security and boarding could not be easier and assistance is provided for those with special needs. Leaving to go home is just as simple.
www.southamptonvts.co.uk

If you are on a cruise ship and visiting for only a few hours, Cherbourg is the ideal port. Your current home docks a short walk from the town centre but even nearer is one of the world’s great maritime museums, La Cité de la Mer, opened in 2002 in the old railway station and transatlantic passenger liner terminal.

Younger readers will not be aware that until the coming of the Boeing B747 Jumbo in 1969, the mass-market way to travel between Europe and North America was by ship, and Cherbourg vied with Southampton as the major gateway port. Titanic departed from here on her maiden Atlantic crossing that was to end so tragically.

As if to entice you into the exhibition, the entrance hall is entirely free with what is a unique collection of underwater survey machines, names that probably mean nothing to the average visitor but are most impressive to view and learn about, champions of the of the deep-sea diving world – Alvin, Cyana, Globule, Nautile and Mir uncovered the mysteries of the deep. 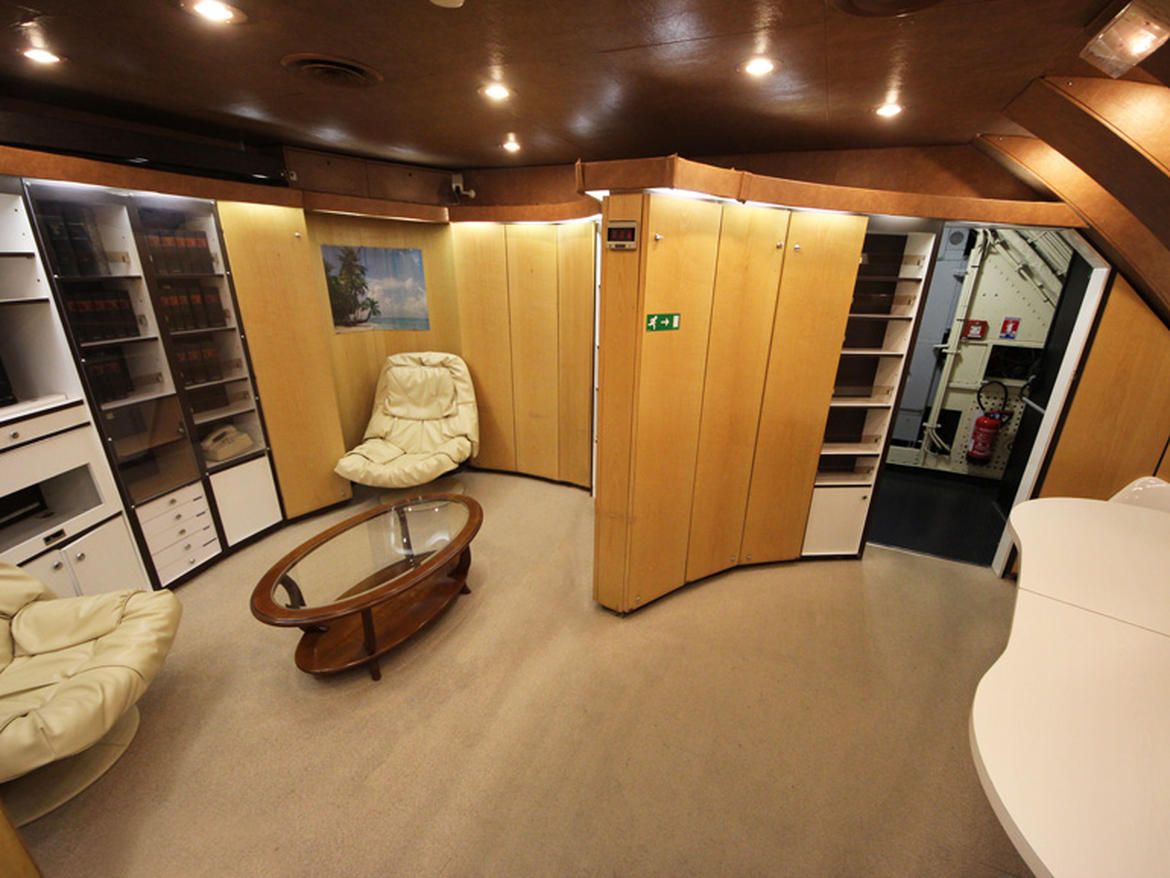 It is then into the exhibition area proper and while it is not cheap (£20 approx and discounts for children), what followed is in fact four exhibitions in one, leading with what is called “The Ocean of the Future” three floors of spectacular multimedia displays and 17 stunning aquariums full of life and colour.

Next up is the first French nuclear submarine, Le Redoutable, with a 35min audio tour and guide taking you through all the places where the submariners spent their time: the engine room, control centre, canteen, crew and officer cabins, torpedo room. Launched by President de Gaulle in 1967, the massive 8,000-ton vessel is home to 135 sailors for a 75-day tour of duty. It’s not cramped, and all have their own bunk and locker. The officers’ quarters are particularly impressive with the wardroom not out place on Ventura.

The Titanic exhibition is very popular, and visitors are advised to book their visit time, which takes place every 20min in small groups. In the original art-deco Baggage Hall is a series of images and accounts of the greatest exodus mankind has ever known: emigration to the Americas. Using interactive displays, tablets and dynamic screens, visitors get right into the heart of the life of the emigrants. It is then down a staircase that seems to follow the hull of Titanic to enter history, scenes showing the crossing and the shipwreck come to life in interactive form, the crossing, the collision, the ship sinking. 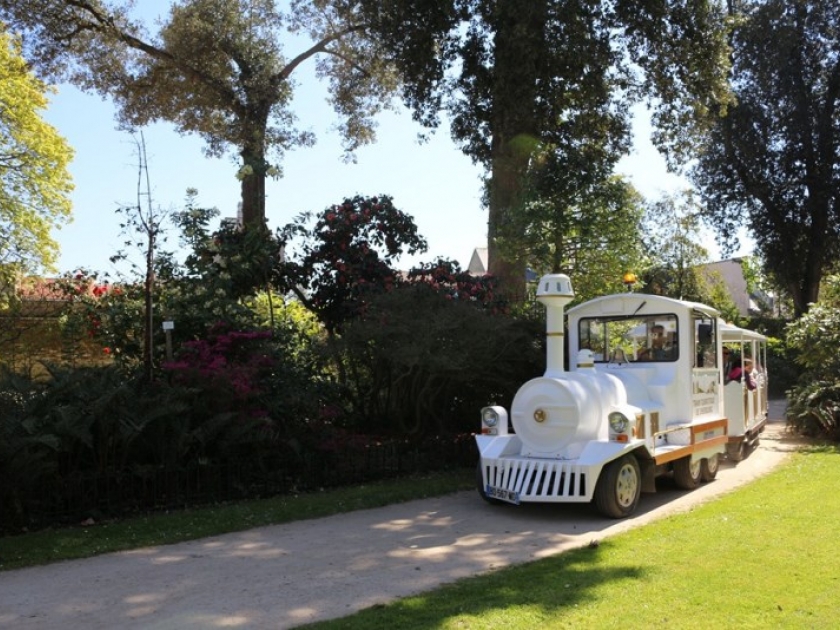 Each part of the vessel is covered – the bridge, first-class, second-class and steerage areas, sorting office,  navigation bridge, central reception area. There is a room dedicated to the investigations that followed the sinking of the ship, which finally led to the wreck of the celebrated White Star Line vessel being discovered, with the field of debris surrounding it.

Finally, and new for 2019, is an exhibition devoted to the relief of Cherbourg in 1944 followed by an excellent film that starts with D-Day.

Not a long walk from the ship is the Place de Gaulle in the centre of the town, where you can take Cherbourg’s Little Tourist Train (€6.50 Adults, €4 children) a 40min meander through the narrow streets with an excellent loudspeaker commentary in English.
www.cherbourgtourism.com

Once again with a docking point in the very centre of the city La Coruña proved to be an excellent choice for P&O on a short cruise. This part of Spain, called Galicia, has a reputation for being wet but we were spared any rain. Fronting the port area is the appropriately named Avenida de la Marina with tall 19th-century houses, their  façades almost entirely taken up by miradors, glazed balconies which enable the residents to admire the view while sheltered from the wind. This idea is now catching on with cruise ships.

Our initial target, with five children in tow, was the beach known as Playa del Orzam Andres, perhaps a 10min walk from the ship, and a very large spotlessly-clean expanse. The children dipped their feet into the water but the sand was best described as gritty. The next day, at Santander, 300 miles along the coast, and much the same setting except for glorious pure sand, the kids were only too happy to get really wet.

For €1.30 and a 10min ride, the Aquarium Finisterrae claims to be the largest interactive venture of its type in Europe with over 600 species from the Atlantic. It is ideal for kids. There are three open pools for seals, octopuses and other local species.

From here it is a 15min walk to the Tower of Hercules, a Roman lighthouse dating from the 2nd century AD, in the time of Trajan. Designed by the Portuguese architect Cayo Sergio Lupo, it was refurbished in 1788 by order of King Charles IV of Spain. It has a square ground plan and the light it casts is visible at sea from a distance of 32 miles. The tower is divided into three sections, each successively narrower, up to the lantern. There are a total of 242 steps leading to the top of the lighthouse.  Bookings can be taken.
www.spain.info/en/informacion-practica/oficinas-turismo-embajadas/oficina-turismo/coruna_a/oficina_de_turismo_de_a_coruna.html

Probably more familiar to readers as the name of a ubiquitous bank, whose headquarters dominate the promenade opposite the cruise terminal, Santander is also the Spanish terminus for Brittany Ferry’s Plymouth service.

A century ago it was the retreat that King Alfonso VIII favoured and it is his attraction to the city that influenced others to take up summer residence, helping to make Santander prosper.

Magdalena Palace, built by public subscription, dominates what is a small peninsula and parkland covering 25 hectares. Getting there was a €1.30 fun ride for the children on another public bus. There is a zoo and full-scale recreations of the three ships Columbus used in his first voyage, the Niña, the Pinta and the Santa Maria. They are very small! The main beach was busy, safe although a life guard was provided. A popular stop for our party.
https://turismo.santander.es/en/prepare-your-trip/tourist-offices

In spite of having no docking facilities, Guernsey has prospered in recent years from cruise ship visits and is well geared to look after visitors.

Welcoming us to Guernsey were many ‘Can I help you?’ labelled people from the tourist office, there to help with any questions.

The tours people on the ship will always try and sell their trip package, noting the guarantee of the ship waiting in case of problems. With Guernsey, you are safe to make your way around, except for those wanting to visit the nearby islands of Herm and Sark. The weather might change. Book on board. On Guernsey itself, you can take the local bus for £5 and see most of the island. The free tourist board brochure tells you much about the island in any event.

First a quick visit to M&S, and then Boots, followed by a ride on Le Petit Train.

Within walking distance of the landing pier are two fascinating sites, Hauteville House, the home of Victor Hugo, the distinguished French novelist resident from 1856 to 1870, where he wrote Les Misérables; and the German Underground Hospital built by forced labour and the largest WWII structure in the Channel Islands.

Hauteville House is fascinating in many ways, the home of a very rich patron who furnished and decorated his home in a creative and extraordinary manner. Hugo was a poet and artist besides being a great man of letters. Typically, on the first floor are two large lounges, red and blue, each sumptuously decorated with Chinese curios. In these rooms, the writer and his family received their guests. The third floor, again stylishly ornate, acted as a viewpoint or viewing point where the exile could contemplate the French coastline.

Visit Hauteville House first. It is at the top of a hill but make sure you have a reservation. Tours are usually booked well in advance. Pay in sterling. Euros are not accepted. And if you can’t get in, the splendid garden is open for free, with its fine views over St Peter Port.

The German Underground Hospital should really be seen after viewing the very successful 2018 film The Guernsey Literary and Potato Peel Pie Societ, based on the book of the same name. Yes, it was a hospital, but what is most interesting are some of the artefacts and newspaper cuttings from the occupation. It certainly felt eerie in the tunnels, especially in areas such as the mortuary, operating theatre and old hospital wards. You can also see the old kitchen and even what was a cinema.

If you are interested in military history, the occupation and WWII, this is a must-see attraction.

See also AND FINALLY in this issue.

Hauteville House and the Underground Hospital are certainly worth visiting on Guernsey, but cruise passengers should not miss the VAT-free shopping in the attractive streets of St Peter Port, only five minutes' walk from the landing stage. Electrical and electronic devices, cameras, binoculars, computers, phones, wines, spirits and tobacco are all much cheaper than on the UK mainland. The restaurants are tempting too - even for well-fed cruise passengers.