Continuing his journey round Florida, BTN editor Richard Cawthorne drops in on one of the Sunshine State's most historic cities, now transformed into a leading business and leisure destination. 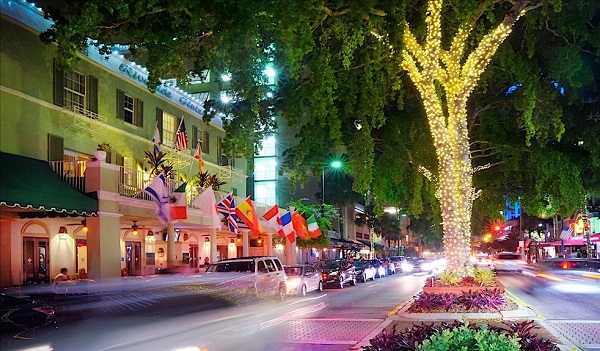 Official descriptions of Fort Lauderdale speak of a city known for its beaches and canals. Thanks to the waterways, it is known as the Venice of America and while the architecture is somewhat different, which sets it apart from its European counterpart, the lush vegetation of Florida gives it a special place on the scenery front.

It also has a reputation as a fun place to be. This dates from the days when it was one of the original spring break destinations, when US college students during vacation time would descend in their thousands to make the most of the good weather, the beaches and the booze for legendary parties which also happened to be very good for business. Many of the students have found other spring break destinations but Fort Lauderdale’s reputation carries on.

Depending on your personal preferences, the beaches are either the main or the second best reason for dropping in. There are 23 miles of them, many accessible via The Strip, a promenade alongside Highway A1A fronting the Atlantic. Many of the best-known outdoor restaurants, bars, boutiques and luxury hotels are here, along with craft breweries, nightlife, shopping and casinos. As a bonus, the Everglades, Florida’s last great wilderness, is on the doorstep.

Other nearby attractions include the International Swimming Hall of Fame, complete with pools and a museum, and the Hugh Taylor Birch State Park, which offers walking trails and its own lagoon. And echoing the Treasure Coast to the north (see BTN last week), there are various sites for diving enthusiasts to explore, giving Fort Lauderdale its other nickname – the Wreck Capital of America.

BTN arrived as part of its latest visit to Florida exploring aspects of the state other than those dominated by the theme parks. As noted above, if you’re not a beach person, Fort Lauderdale’s main attraction is its canals, many of which can be seen from the vantage point of the New River running through the city. Downtown in turn is dominated by trendy Las Olas Boulevard, probably Fort Lauderdale’s most popular thoroughfare, running from Andrews Avenue in the Central Business District to A1A and Fort Lauderdale Beach.

The canals and their accompanying luxury waterside homes can be seen along the eastern section of the boulevard with the mile-long commercial stretch offering cool sub-tropical breezeways and courtyards with more bars, nightclubs, shops, art galleries and restaurants.

It is also the home of the Riverside Hotel, where BTN found a comfortable berth in Room 1128 overlooking the New River. In contrast to the tower blocks along the beach, the hotel hails from an earlier age, occupying an imposing 1936 building with an old-world atmosphere to match and gracious service. Some original artefacts from the 1930s remain, including a grand piano and coral fireplaces. A tower extension was added later to bring the room total to 229.

The Riverside’s classic rooms feature the usual US hotel mod cons plus free wi-fi and cable TV. Executive suites have skyline and river views, marble Jacuzzis, living areas and wrap-around balconies. There is an outdoor pool with sundeck and a fitness room, a pub and a wine and cocktail bar with a courtyard, plus 11,000sq ft of meeting space.

The white-sand beaches at the eastern end of Las Olas can be reached in a brisk 45min walk or there are buses and taxis for those who prefer to ride. The property is also convenient for Fort Lauderdale-Hollywood International Airport and Fort Lauderdale's cruise port, Port Everglades, both of which are more reasons for the area’s growth as a visitor destination.

The Indigo Restaurant, with outside tables fronting the boulevard as well as indoor seating, is a local favourite and one of the places to be seen. Other eating places we sampled included the large, noisy, very popular and very Italian Louie Bossi’s and Asia Bay. At Bossi’s, everything is made from scratch and portions are huge, including a lunchtime panini that was too big for one sitting and served as a meal for two of us later. The elegant Asia Bay, alongside one of the canals, offered a comprehensive menu of Asian and fusion cooking, among which we found an excellent teriyaki lobster with vegetables.

The New River is so called because local legend says it appeared overnight after a storm. The man-made canals came later, connecting the river to the Everglades via the Intracoastal Waterway. The view from Room 1128 shows how the riverbanks have developed, with modern apartment and office blocks overlooking the busy boat traffic. Stuck incongruously in the middle of it all is Fort Lauderdale’s oldest building, the Stranahan House, established as a trading post in 1890 by Frank Stranahan (1864-1929) at a ferry crossing.

It’s an indication of Fort Lauderdale’s place in US history. Human habitation of the area can be traced back more than 4,000 years but organised development did not start until much later. The clue is in the word Fort, with the settlement after shaky beginnings picking itself up under the protection of the US Army in 1838, abandoned in 1842 but revived nearly 50 years later with the arrival of the Florida East Coast Railroad.

The Fort Lauderdale story old and new can be traced via a wide range of attractions including museums, historic sites and guided tours. One of the best ways to orientate yourself is on the Carrie B riverboat which docks just by the Riverside Hotel and runs 90min tours along the New River to the edge of the cruise port with a detailed commentary on the city’s life and times.

The Stranahan House museum is open daily from 13:00-15:00, while the History Fort Lauderdale Museum, operated by the city’s Historical Society and housed in Broward County’s oldest standing former hotel, adds its own flourishes to the story.  On the less formal side, there is the usual Florida vacation city line-up of things to see and do from beach picnics to riverside walks. Or do as many visitors do and relax and just take in the tropical atmosphere. It’s that sort of place.

Next stop on BTN’s latest Florida tour was the Gulf of Mexico side of the state. Details in a future ON TOUR. The itinerary was created by Vero Beach-based destination, hotel and travel industry enabler Sunlark Associates, which specialises in Florida and the Caribbean. 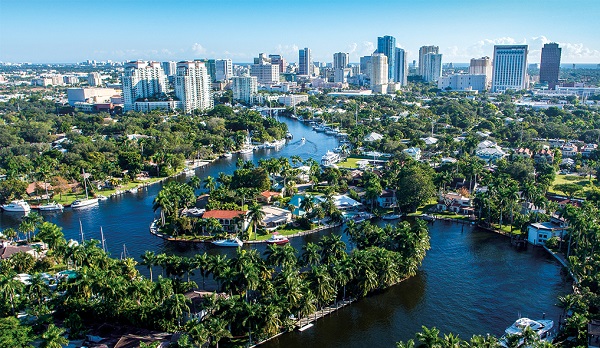