ON TOUR: The other Florida

Seeking escape from the theme parks, BTN editor Richard Cawthorne chills out in some lesser-known areas of America’s Sunshine State. 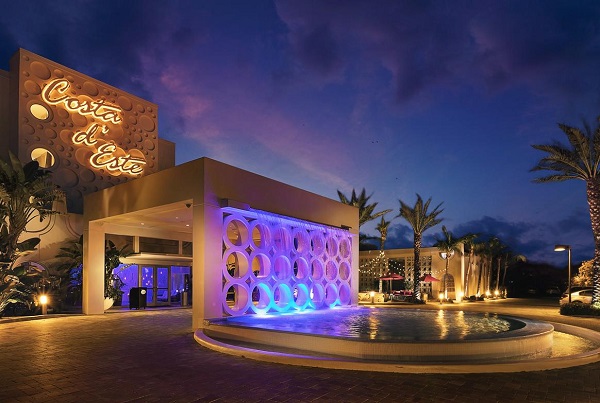 There are many ways to while away an early evening in Florida but few more relaxing than chilling out on the water with drink in hand aboard a 40ft luxury sailing catamaran.

Conscious that too many people see the Sunshine State only in terms of theme parks, BTN on its latest visit was out to check developments in the “other” Florida, principally on the Atlantic side and the areas along the Gulf of Mexico.

Our catamaran trip was a good start. This was the good ship Moonraker and we were out on the Indian River Lagoon in Vero Beach watching the sunset as we glided smoothly over one of the area’s many waterways.

The man in charge, Bruce Jackson, or just Cap’n Bruce, is now in his 10th year of providing his bespoke cruises, which are for up to six guests and can encompass almost everything waterborne from dolphin-watching and swimming to sunset trips like the one we were on. Advance booking is highly recommended.

Vero Beach, population around 17,000, is one of the principal settlements of Indian River County, named for the wide stretch of waterway on its doorstep. The city is small enough to be friendly but large enough to offer a range of family attractions as well as a collection of places to stay and places to eat. And it is right on the Atlantic, with miles of beach to match.

The county stretches along Florida’s ocean-fronting Treasure Coast with Fellsmere (pop about 6,000) and Sebastian (25,000-plus) as its other main communities. The area of coast is so called in memory of a storm of 1715 when a fleet of 11 Spanish ships and their cargoes of gold and other precious items were wrecked just offshore between the mouth of the St Lucie River and Cape Canaveral.

Many of the artefacts recovered are on show in various museums in the area. One of them is the McLarty Treasure Museum just outside Vero Beach, a fascinating and detailed account of the disaster on the site of a camp set up by survivors and the salvagers who ferried the cargoes ashore. The site is part of Sebastian Inlet State Park.

Indian River County is the geographical starting point for the Florida tropics, with winter temperatures rarely dipping below 21degC (70deg F). Sun-loving Brits can still enjoy the area in summer, when temperatures can reach into the 30degC range but with cooling ocean breezes to take the edge off the heat.

The county is centrally located 70 miles south of the Kennedy Space Centre and 135 miles north of Miami. A combination of the green and the glamorous, it boasts 100,000 acres of conservation land, 22 miles of beaches and a – ahem – treasure trove of cultural attractions.

It is also renowned for the quantity and quality of fresh citrus grown there, some of which is exported around the world. The story, from the time of the jungle-clearing pioneers to the multi-million dollar industry of today, is told in the intriguing Indian River Citrus Museum, well worth a visit.

Hotels and resorts in Vero Beach have roofs no higher than the local palm trees, giving rise to Indian River’s motto “Sunrises, not High Rises”. An idea of what it is like can be gleaned from some of its awards, including being named among “the Cutest Beach Towns in Florida” and as one of “America’s Happiest Seaside Towns”.

BTN’s base for our visit was the Costa d’Este resort and spa, right on the beach and within walking distance of the main shops, restaurants and bars. The hotel is owned by singer Gloria Estefan and her husband Emilio – the Florida equivalent of royalty. Given that, great care is taken to protect the owners’ names and reputations, which means constant attention to detail, impressive service and an upmarket but relaxed and efficient place to stay.

Room 421 overlooking the pool and with the Atlantic and beach to the right, was a typically chic space with balcony, well-designed furniture, Egyptian cotton sheets on the bed plus flat-screen TV and free wi-fi. The restaurant, The Wave, complete with integral bar, was particularly memorable for its full American menu plus Cuban fusion dishes in a further acknowledgement to the owners.

For a different eating experience, one of the many other options is Mrs Mac’s Fillin’ Station on Old Dixie Highway (where else?), a down-home quirky place roughly equivalent to a transport café in the UK but with a lot more charm. Filled with motoring memorabilia like antique number plates and old petrol pump parts doing service as door handles, it is famed among Vero Beach locals for huge breakfasts and even bigger meals at other times of the day. Take your appetite and enjoy.

Given the proximity of so much water, it wasn’t long before we were out boating again, this time courtesy of the River King, which operates out of Capt Hiram’s Resort in Sebastian. The resort bills itself as “Florida with a Bahamian beat”, and its affinity for the islands is clear from the laid-back atmosphere, the casual style of the architecture and a wide choice of tropical cocktails. The restaurant, Blackfins Riverfront Grill, is a noted local spot to chill out.

In contrast to Moonraker, the River King is an all-weather 45ft Sightseer pontoon boat with twin 115hp Mercury engines and room for a few dozen passengers. It offers daily ecology tours departing from the resort marina into the Indian River Lagoon and the Sebastian River with manatees, bottlenose dolphins, pelicans and an array of waterfowl among the sights.

Sunset cruises to Pelican Island National Wildlife Reserve, the first federally-protected nature reserve designated as a wildlife refuge, are another option and the vessel is also popular with groups, as evidenced by the champagne-fuelled 12-strong hen party on board on the day BTN travelled.

More sedately, we also sampled a few of Indian River County’s other attractions, which as well as the McLarty Treasure Museum include the sub-tropical McKee Botanical Garden founded in 1929. Features include one of the largest collections of water lilies in the south-east US with 100 different varieties, some more than 3ft wide. In all, the complex houses more than 10,000 species of plants and trees.

From Indian River, BTN moved on to Fort Lauderdale and then to Florida’s Gulf coast, to be explored in future ON TOUR features. Our itinerary was created by Vero Beach-based destination, hotel and travel industry enabler Sunlark Associates, which specialises in Florida and the Caribbean. 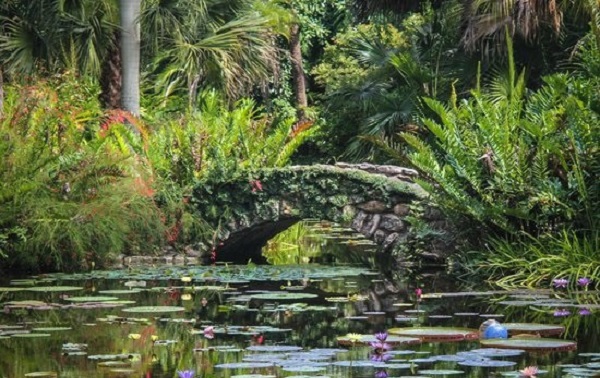