The West Coast Main Line rail route connecting London Euston with Glasgow Central and formerly run by Virgin Trains is being awarded to FirstGroup in partnership with the Italian firm Trenitalia from December. 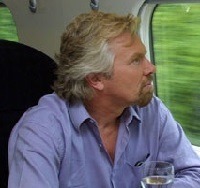 Virgin’s Richard Branson said he was “devastated”. Virgin was barred from bidding to keep the route in a controversial government decision earlier this year (BTN 15 April). It said it would now work with First Trenitalia to ensure a seamless handover.

Transport secretary Grant Shapps said the change was part of a shift to a new model for rail and the partnership was supported by former British Airways chief Keith Williams, who is chairing a commission into the rail franchising system (BTN 22 July).

First Trenitalia said its 56 Pendolino trains would be completely refurbished, with improved free wi-fi and catering and by 2022 would offer more than 260 extra services a week, increasing seat miles by more than 10% compared with 2017-18.

Under EU competition regulations, how can the DFT get away with barring the incumbent operator from bidding. This stinks of corrupt practice.