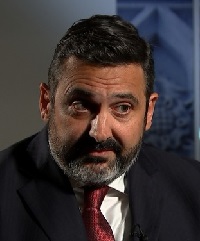 The ICO said it was fining BA parent company IAG £183m for last year’s computer meltdown (BTN 10 September 2018) which was said to have affected 500,000 passengers.

A day later, Marriott said the ICO had “communicated its intent” to fine it £99.2m in relation to the Starwood guest reservation database incident Marriott revealed last November.

Both companies said they would contest the action. The BA figure is 1.5% of the airline's worldwide turnover and is the biggest penalty notice to be issued under the UK's Data Protection Act.

BA chairman and CEO Alex Cruz said the company was “surprised and disappointed”. BA had responded quickly to the incident and had found no evidence of fraudulent activity linked to the theft.

Marriott International president and CEO Arne Sorenson said it would “respond and vigorously defend its position”. Marriott had cooperated with the ICO investigation into the incident and deeply regretted it had happened.