Among reaction to BA’s fine for last year’s data breach (see this issue), The Times singled out parent company IAG boss Willie Walsh. Business writer Simon Duke said Walsh could not deny the fine been a long time in the making. 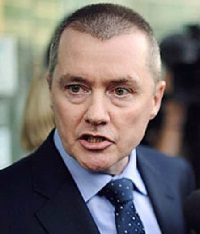 “Thanks to its creaky computer systems, the airline has kept legions of IT consultants in work over recent years,” Duke said. “The coup de grâce, however, was last summer’s cyberheist, in which hackers broke into BA’s database and made away with personal information on about half a million customers.”

Duke continued: “Mr Walsh … has so far allowed BA boss Alex Cruz to take the flak for the technology meltdowns. But he must shoulder his portion of the blame. The prickly executive has stitched the group together from the takeovers of airlines such as BA, Iberia and Aer Lingus. The repeated IT failures are a damning indictment of his integration efforts.

“They also raise questions about governance in its boardroom. Of IAG’s dozen directors, only one has worked as an executive at an enterprise technology company.

“In IAG’s annual report, you will see just a handful of glancing references to cyberattacks and data security threats. Its pay report, by contrast, takes up 20 pages. Mr Walsh’s £3m pay packet requires a lengthy explanation.”