On schedule for delivery later this month and entry into long-haul commercial service on 1 October, British Airways’ first Airbus A350-1000 (below) took its first flight last week, a 6hr sortie over France and the Bay of Biscay.

As well as being the largest variant of the model, the aircraft, the first of 18 BA has on order, is drawing attention as it will feature BA’s new Club Suite for Business Class passengers (BTN 25 March).

It will arrive at BA, registered as G-XWBA, combining the XWB of the A350’s branding with the airline’s initials. Following aircraft are said to be in line to be registered G-XWBB, G-XWBC, and so on.

BA’s A350s will enter service operating familiarisation flights between London and Madrid probably between 6 August and 28 September. The aircraft will then operate daily to Toronto from 1 October, with daily flights to Dubai from 8 October and flights to Tel Aviv and Bengaluru (Bangalore) later this year. 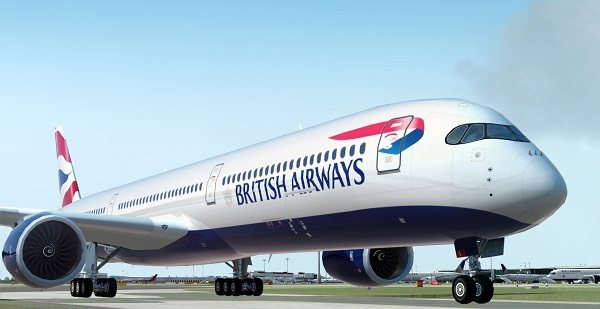