Nick West has become the new chief executive of the Air League following his appointment by the board of trustees. 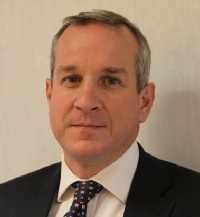 He held the UK public affairs portfolio at Racal Electronics/Thales, Boeing and Raytheon UK after leaving the Royal Marines in 1996 after nine years’ service. His military service included command duties in South Armagh and training as a helicopter pilot with the Army Air Corps.

He is a past chairman of the Aviation Club of the UK, a former trustee of the Air League for seven years and a Fellow of the Royal Aeronautical Society. He holds a Master’s Degree in Intelligence and Security.

On his appointment, West said: “The Air League is synonymous with the aviation and aerospace industries, which have always been inspiring to me, as they encapsulate imagination, exploration, pioneering spirit, technological endeavour, diligence and team work.

“My vision for the Air League is to grow its brand equity as an authoritative industry voice which stands for a number of key issues inextricably linked to the health of the industry and UK economic success.”