Engineering facilities at Gatwick are due to be given a lift later this year with the opening of a new 60,000sq m service hangar which is being constructed as a joint project between the airport and Boeing.

The building has been designed to support European customers of Boeing’s GoldCare programme, tailoring fleet engineering, materials and maintenance services for airlines and is managed by the aircraft manufacturer.

Boeing said at the start of the multi-million pound project (BTN 21 November 2016) that the facility would also add engineering capacity at Gatwick to support airlines as the airport continued its growth in both short- and long-haul services.

Vice-president fleet services Mike Fleming said: “This is an important investment for Boeing as we commit still further to our customers in the UK and across the European region.”

Boeing’s decision to base the hangar at Gatwick was hailed by transport secretary Chris Grayling during a visit to the airport last year (BTN 10 September) to see progress on the facility and other new developments.

The hangar is designed to maintain some of the industry’s most energy-efficient aircraft, including Boeing’s B787 Dreamliner, which is flown by several of Gatwick’s major airlines. 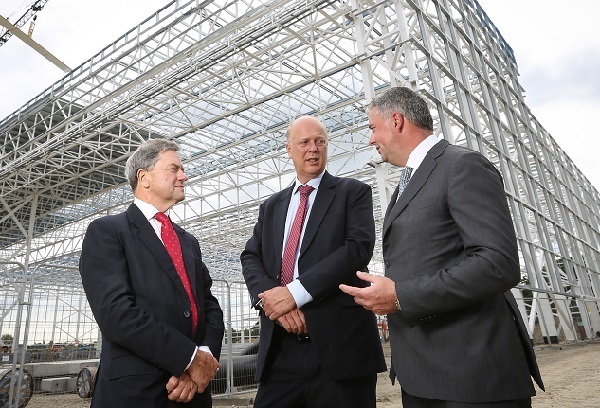