Boeing’s decision to base a new 60,000sq m service hangar at Gatwick was hailed by transport secretary Chris Grayling during a visit to the airport last week to see progress on the £88m facility project and other new developments.

The hangar (BTN 21 November 2016), due to open early next year, will maintain some of the industry’s most energy-efficient aircraft, including Boeing’s B787 Dreamliner, which is flown by several of Gatwick’s major airlines.

It is one of several projects helping Gatwick to achieve its goal of being a leading sustainable airport following a record year resulting in more than 65 long-haul routes now flown including newcomers such as Buenos Aires, Chicago and Chengdu and Shanghai.

Grayling also saw another new addition to Gatwick, the airport’s Bluecity pan-London 100% electric vehicle sharing service, launched this summer (BTN 23 July). Bluecity is the only company operating such a facility and has more than 300 pick-up and drop-off points.

The minister said: “The aviation industry plays a critical role to the UK economy and I welcome Boeing’s decision to make a significant investment at Gatwick. It is equally encouraging to see the focus given to sustainable growth as the UK’s second largest airport continues to develop.” 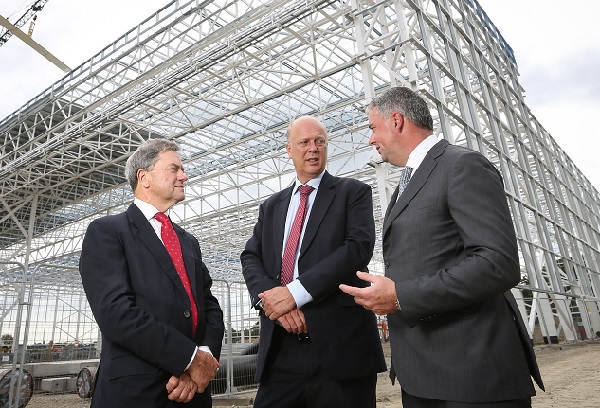 Gatwick's growth, and Heathrow's current constraints against being able to meet market needs demonstrate that expansion of runway capacity should be permitted at both airports.