British Caledonian Airways (BCAL) former managing director Alastair Pugh CBE died last Wednesday (6 March) at East Surrey Hospital. He was 90. He was reported to have collapsed at home after being out driving in a classic car rally. 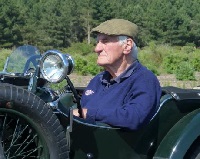 Pugh was a product of the De Havilland Technical School and on the staff of Flight International from 1955-61. He covered air transport, test flew light aircraft and the Flight Miles Gemini. Later, he was a leading member of the BCAL founding fathers, along with founder and chairman Sir Adam Thomson and fellow directors Sir Peter Masefield, John de la Haye and Ian Ritchie.

He was also a long-standing trustee of Brooklands Museum and, reflecting his love of motor racing, patron and former captain of the Frazer Nash Club. Current captain Steve Pryke said last week: “It is safe to say the club will not be the same without Alastair's gentle hand guiding us all in the right direction.”

In 2017 at Biggin Hill Airport (below), Pugh officially unveiled a Piper Archer in BCAL colours in memory of a late former staff member, Julie Washington (BTN 30 January 2017). The aircraft is used to raise funds for the BCAL charity, the Golden Lion Children’s Trust.

Funeral details will be announced later.

A service of thanksgiving has been arranged in honour of John Meredith for Monday 29 April at 14:00 at St Michaels and All Angels, Grenfell Road, Beaconsfield HP9 2BP. Please contact Caroline and Clare cemeredith@me.com  See BTN 16 July 2018. 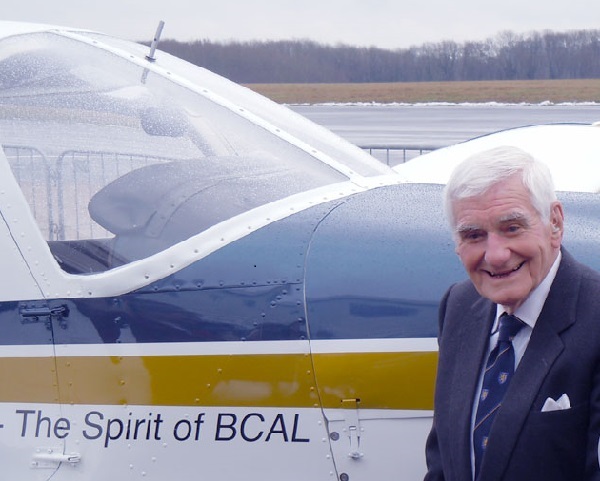 Alastair Pugh recruited me in BCAL in 1976 fresh from Cranfield. His faith in my potential resulted in ten years of service with BCAL and a foundation for my aviation careers. I am privileged to have known and worked with Alastair.