Back in 1990 when the world’s airlines saw need for a global pressure group to promote the economic benefits of air transport and press for infrastructure improvement, they turned to one man. 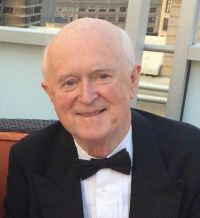 Meredith, who died at the end of last month aged 83, went on to serve IATA as head of corporate policy and communications until retirement in 2000.

He began his career with BOAC in 1958 and went on to hold management posts with the former state airline and its successor British Airways. Meredith served in 21 countries, including as general manager, Americas, responsible for trans-Atlantic Concorde operations. His final BA post before moving to IATA was head of commercial & government affairs.

Meredith was a long-standing member of the Aviation Club UK, sat on its committee and as head of ATAG was guest speaker on two occasions.

Along with executive posts at BA, he served as a board member of Air Mauritius and CityFlyer Express.

Following a private family funeral, a memorial service to John Meredith is planned for later this year.