Southend Airport was hailed last week as London’s new gateway to Scotland after an agreement with Scotland’s airline, Loganair, to provide routes from the airport to three destinations, with connections to six more, from this spring.

It was a busy time for the airline as it also began its Public Service Obligation (PSO) flights between Stansted – Derry (below) after flybmi entered insolvency (BTN 23 February). It joins the twice-daily Dundee flight. BTN was on the outgoing service and will feature Derry in a future issue.

At Southend, the new routes to Aberdeen, Glasgow and Stornoway represent a major new network between the capital and Scotland.

Aberdeen and Glasgow will have three non-stop flights each way every weekday and a selection of weekend services, operated by Loganair’s Embraer E145s. New, one-stop, same-plane services will also be introduced from Stornoway to London.

These provide direct services from the Highland & Island airports to London and there will also be convenient connections to flights to Barra, Benbecula, Islay, Kirkwall, Sumburgh and Tiree.

Loganair managing director Jonathan Hinkles said: “These new fast and frequent flights to London Southend, with our inclusive checked baggage allowance and on-board service, make this a huge development for Scotland – London air links and for Loganair as Scotland’s airline.” 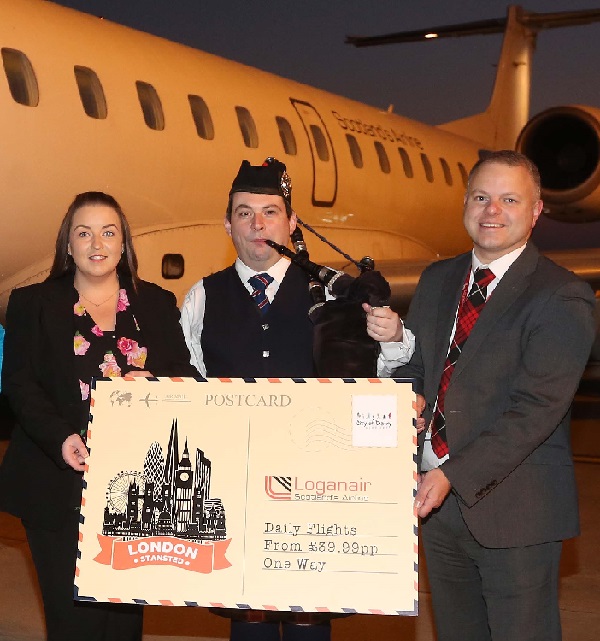