ON TOUR – The Business Travel Show 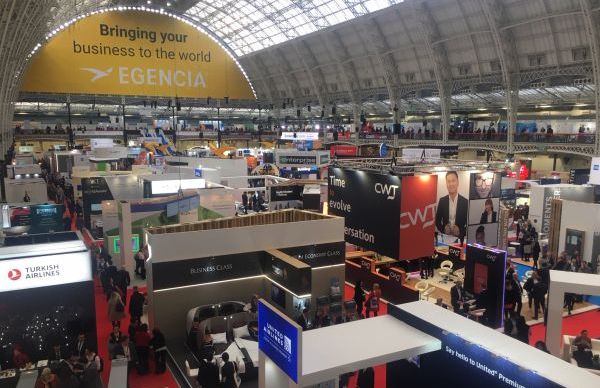 Olympia suffers from being tantalisingly close to everything in London, but not that accessible. For reasons probably known only to TfL, the part-time London Underground station operates only at the weekend but not during shows. If you are a fan of London Overground, there are good services including a direct link to Gatwick.

BTS is on the ground floor, running in parallel with Travel Technology Europe, which inhabits the balcony. 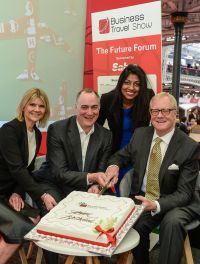 The 25th show was an undoubted success (the organisers are not very quick in reporting actual numbers), very busy on the first day (Wednesday 20 February), predictably less so on the Thursday but holding out until mid- afternoon, when the traditional drinks are on offer. Continental visitors in the Hosted Buyers scheme had no hotel problems, with a coach service from and to their accommodation.

BTN
noted 52 briefings in the conference programme held in three separate theatres plus what was called the Tech Huddle Zone. Most offered a question-and-answer session and participants were usually happy to deal with inquiries once the platform period had ended. Video-recording these sessions for future viewing is something for the organisers to consider.

Airlines made a comeback this year, with oneworld hosting a large stand for its 13 members including British Airways (which had a desk plus flight crew who graced the occasion). The alliance was promoting a breakthrough in functionality being delivered by a platform called internally “carrierconnect”. This facilitates exchange of interline data in a standardised format through individual member airline apps and websites, to deliver an elevated digital experience for customers transferring between the carriers (BTN 4 February) 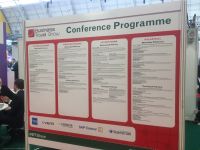 Currently, more than 8m passengers a year make journeys that involve connections between different oneworld member airlines. Until now, the only way these passengers could check-in for multi-sector journeys involving a connection with another oneworld member airline was to do so at a desk at the initial airport of departure. The alliance’s new digital capability, when fully rolled out, means they will now, if they choose, be able to use their preferred member airline’s app and/or website to do so, without having to download any additional app or enter more log-in credentials.

Air Canada, Lufthansa Group, Singapore Airlines, Turkish Airlines and United Airlines all showed their latest cabin products and easyJet took its traditional position in the centre of the hall, with a near neighbour a simple combined Delta and Virgin Atlantic stand. Flybe was in attendance with the staff nervous as to what the future holds, Rwanda Air had a proper stand while Air Astana, Kuwait Airways and Luxair took space in the Airline Pavilion noted for the absence of Flybmi.

There were not so many new products this time, but celebrating its 25 years in online tools was KDS Neo (now part of American Express KDS with a separate stand, and opposite a kind of bag space unit by American Express, the card people).  KDS, Staines-based, has dropped its Paris seminars on booking and costing. CWT was very prominent near the main entrance, although the rebranding (Carlson Wagonlit has been dropped) will not cause any new name memory problems.

Service companies specialising in covering security for employees increased their prominence. A newcomer, but promising to return in 2020, was Riskline, whose monitoring includes an app for up-to-the-minute alerts of incidents worldwide. Duty of care also loomed large among the 38 lectures, whose other subjects ranged from ground transport to India and China, but the main focus was on excessive data, disruptive technology and cutting costs.

An American speaker, Molly Dyson from Buffalo, told BTN: “There are inter-related issues. One is overcapacity, but the paradox is that prices are holding up – even increasing slightly. Another is that systemised management grew out of retail agencies, but now professional travellers want the same simplicity as for packaged holidays. Again, the various business-to-business companies have been used to doing their own thing, but we are moving towards consolidation and consumerisation.”

Echoing all this was Expedia’s latest Traveldoo survey, which found that one traveller in four is still not tech-savvy, while 17% of organisations have yet to use self-booking tools. The majority of travel managers prioritise safety, simplicity and secure data, but there is a trend towards adding short-breaks to business trips. 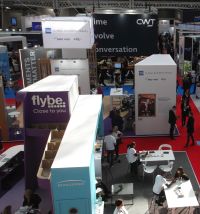 This ‘bleisure’ explains the large presence of not only the ubiquitous Macdonald Hotels and other chains, but serviced apartments throughout Europe and beyond. Some 300 homes-from-home around Amsterdam are offered by Htel, whose Roger Wiersma said: “This show is always important for both the British and global market.” Nor was Brexit a worry for Bernard Kerkhof of BBF in Brussels: “The endless negotiating means more and more Britons need an extended base near the European Commission."

The real key to the show is that it brings the industry together in what in many ways is a large networking session. All participants wear clearly-identified name tags. One wonders when they address you whether they have they a good memory or just sharp eyes? It seems to work.

The Business Travel Show returns to Olympia London on 25-26 February 2020. Things could be radically different by then, but London will still be the centre for international business travel.