A “milestone year” in 2018 was hailed by Heathrow last week as the airport released trading figures for the past 12 months, with 80.1m passengers passing through and 81.9% of those surveyed rating the place as “excellent” or “very good”. 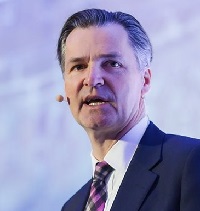 The report noted Heathrow had climbed to the best year in its history after eight years of consecutive growth. It welcomed a record-breaking passenger total, up 2.7% on 2017, while airport charges fell 1%.

New routes boosted Britain’s trading opportunities, with the airport doubling its Chinese connections by adding six new cities, including Europe’s only flight to Shenzhen, the home of Asia’s Silicon Valley.

Domestic connections were also growing and set to expand to nine with new services to Newquay from April. Following the re-launch of Inverness services, it meant the UK’s two furthest mainland airports would now be connected to the nation’s hub, boosting trade and travel opportunities.

Heathrow CEO John Holland-Kaye said: “Last year was our best yet. We were voted best airport in Western Europe while continuing to drive down costs. We improved safety and closed our gender pay gap.

“We were named responsible business of the year” and won an overwhelming parliamentary majority in support of Heathrow expansion. We remain on track to open the new runway in 2026.

“I am very proud of the outstanding work of 76,000 colleagues across the airport, who are delivering for Britain."