Airport managing director Vincent Harrison said: “We are delighted Hainan has decided to expand its Irish operation and launch this new service to Shenzhen, which is China’s answer to Silicon Valley in the United States.

“The route will further increase trade and investment as well as tourism between Ireland and China and we and other stakeholders will be continuing to help the airline to promote this new service.”

Hainan, which entered the Irish market last June when it launched a service to Beijing via Edinburgh, is operating the Hainan route with a Boeing B787-900 Dreamliner with 289 seats. The route will operate on Mondays and Fridays.

Hainan has also announced the Dublin – Beijing service, which has been operating twice a week, and will return to four times weekly for the summer season.

With a population of about 13m, Shenzhen has been one of the world’s fastest-growing cities in recent decades. It is a 30-40min bullet train ride from Hong Kong and Guangzhou. 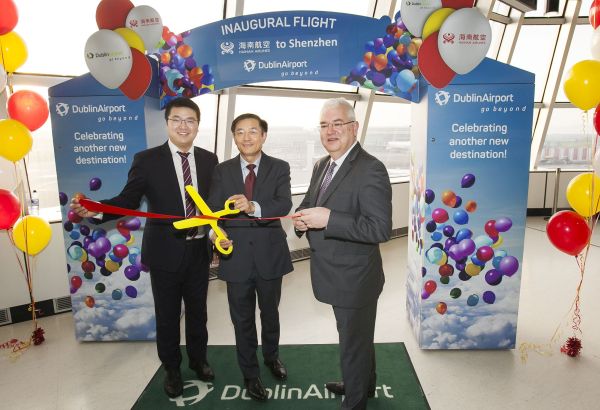