Sixty Years of the M1

The first British motorway opened 60 years ago and it is nearly 40 years since David Starkie published The Motorway Age, to wide acclaim. 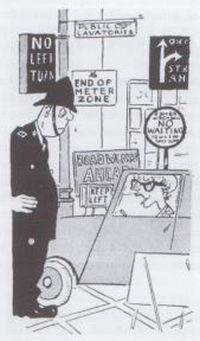 The veteran journalist has now updated with new perspectives and material the fascinating history of how and why post-war Britain was transformed by new roads, bridges and tunnels. From prime minister Clement Attlee to Margaret Thatcher, the policy agenda is unfolded, showing that alongside atomic power and Concorde, the new technology of motorways captured the imagination of the nation before collapsing into controversy.

But why were elaborate road schemes first considered necessary? Why an early concentration on building roads between cities? How did cities cope in the meantime with a rising tide of traffic? How did they continue to cope once road plans were abandoned? How did policies translate into decisions to build particular roads and when to build them? And did political considerations dominate?

This generously-illustrated book focuses on these and similar issues, picking out the most important events and personalities involved, and provides a valuable insight into ‘how’ and ‘why’ road policies changed during the years following WWII.

Graham, amazingly, such speeds were legal then. The national speed limit was first introduced (on a supposedly temporary basis) in December 1965.

In 1959 I hitch hiked to Heathrow, as a teenager I was an avid plane spotter. I decided to try getting a lift on the new M1, before the grass had grown on the roads sides, to get home to the midlands. When a shiny black Jaguar Mk2 stopped. The car was occupied by two young men who had been tuning the car, for more speed, and they were doing a test run up the M1. As an excited teenager, the bends in the motorway created sideways G forces, as the speedo rose to an indicated speed of 160 mph.