Boom moves to next stage

America’s leading contender for the Son of Concorde title, Boom Supersonic, has raised $100m from investors to move to the next stage of development for a Mach 2.2 commercial jet.

The Denver-based company has now renamed the aircraft (below) the Overture. Planned to enter service in about 2025, it will be preceded, possibly this year, by a two-seat, one-third scale demonstrator called the XB-1.

Boom says it will lay the foundation for the larger Overture, designed to seat 55 passengers in an all-Business Class layout. Slightly faster than the Concorde, it would give a flying time between New York and London of less than 4hr and between Sydney and Los Angeles of about 6hr.

Selection efforts are now being made to find a manufacturing site for Overture. Boom has also yet to announce a supplier for the three turbine engines for the Overture. The company says these will need to be able to be adapted to deliver the supersonic speed for the aircraft while conforming to airport noise limits.

Future customers for the Overture include the Virgin Group and Japan Airlines, which have pre-ordered 30 aircraft between them. 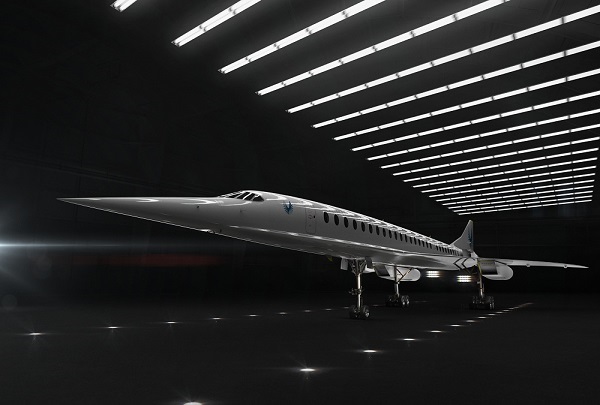