Sinclair to speak at Aviation Club 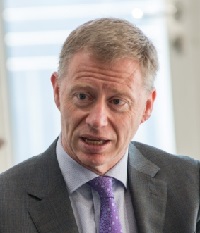 His arrival coincided with an exciting time for the airport, which had revealed plans for an ambitious new growth strategy. Just over one year on, the centrepiece £500m development programme, scheduled for completion in 2022, is moving forward.

The airport has also seen a number of new routes and destinations in the UK and abroad introduced, while the promise of improved surface access for passengers is another item high on the agenda.

Latest developments at the airport include the arrival of Polish airline LOT as the latest carrier to introduce services with twice-daily flights to Warsaw, while Flybe has begun an operation to Newcastle, also with morning and evening rotations (BTN last week).

LCY has also released new concept images showing how it is being transformed under the £500m development. Officials say the new terminal design “will reflect 21st-century London, supported by new shops, restaurants, bars and experiences which are synonymous with the capital”. (BTN 7 January).

(See also New trains for London City in this issue).