The full opening of the new Istanbul Airport for passenger flights, initially scheduled for this month, has been delayed for a second time and will now be on 3 March, according to press reports. 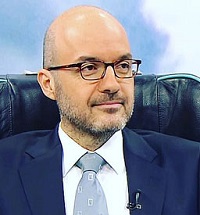 Adverse weather conditions have been blamed, with videos posted on social media showing rain leaking heavily into a waterlogged passenger terminal and a flooded car park.

Turkish Airlines and other carriers were scheduled to launch passenger services at the €10.5bn facility on 1 January after airline staff and 14,000 airport vehicles moved from Istanbul’s current hub, Ataturk Airport, on 30-31 December.

The overnight transfer did not take place and added to a previous project delay. The airport was due to begin a full schedule of passenger flights last October but this was scaled back to a “soft opening” of just five flights a day.

İGA Airport, which built and is operating the new complex under a 25-year concession, said nevertheless 66,000 passengers had used the facility since late October.

Chief executive Kadri Samsunlu said last week: "The airport will be commissioned at full capacity in a matter of weeks. All is ready for the occasion.” İGA added there would now be “a step by step movement from Atatürk Airport”.