The battle between low-cost carriers for the transatlantic market took a new turn last week with the Icelandair Group signing an agreement to buy its rival Wow Air for nearly US$18m. 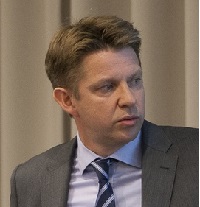 The deal promises to ease reported financial pressures on both carriers. They will continue to operate under separate brands and will have a combined 3.8% share of the market to and from the US and Canada.

Founded seven years ago, Wow Air specialises in low-cost transatlantic services via its hub at Keflavik Airport, but announced recently it would begin cutting some American routes (BTN 29 October). Icelandair was operating similar routes  but with a focus on the business market.

Icelandair Group CEO Bogi Nils Bogason said: “Wow has in recent years built a strong brand and achieved considerable success in their markets, to and from Iceland and over the Atlantic and there are great opportunities for streamlining.”

Wow founder and SEO Skúli Mogensen added: “We’ve begun a new chapter for our airline, which gets the opportunity to grow with a strong backer in Icelandair and strengthen our foundation further in international competition.”

The deal is subject to shareholder approval.