A new seasonal route from Gatwick to Vancouver via Reykjavik starting next June was announced by Wow Air last week, easing fears over the company’s future after it said earlier it was dropping some of its low-fare routes to the US. 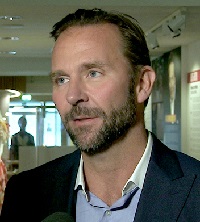 The new Canada route will make Wow the first to offer low-cost, long-haul flights to Vancouver International Airport. The service will operate June – October six times a week, with the transatlantic leg serviced by the Airbus A321neo.

On the US front, Wow is dropping Rejkjavik – St Louis from 7 January and is also not expected to resume in 2019 its summer-only seasonal services to Cincinnati and Cleveland, which finish this week.

USA Today also reported Wow “had not yet decided” whether its routes to Dallas/Fort Worth and New York JFK – also due to finish at the end of this month – would return for summer 2019.

The airline’s US network for this winter with the end of the St Louis route will now consist of nine destinations – Baltimore, Boston, Chicago, Detroit, Los Angeles, New York Newark, Orlando, Pittsburgh and San Francisco.