Mayor of London Sadiq Khan and Transport for London were again accused last week of misleading the London Assembly over evidence given on delays to Crossrail. 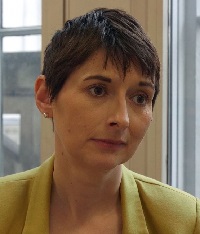 The Assembly’s transport committee chair, Caroline Pidgeon, the body’s only Lib Dem member, has claimed an omission in a letter to her from the mayor contained “discrepancies” (BTN 8 October).

The row broke out after it was announced Crossrail would be delayed by nine months to allow more time for tests and the committee challenged Khan on when he, Crossrail and Transport for London (TfL) first knew of it.

In a new letter responding to Pidgeon’s initial charge of misleading the committee over the Crossrail timetable, Khan said he had discussed “schedule pressures” with TfL in March.

The committee responded with a statement saying: “[In his letter], the mayor suggested that ‘schedule pressures’ had been repeatedly discussed earlier in the year, while TfL and the mayor apparently did nothing about it.

“In which case, the committee concludes that it was deliberately misleading of them to make public statements about the project being on course.”

A new book on the saga, The Story of Crossrail by Christian Wolmar, is being published later this month. BTN editor-in-chief Malcolm Ginsberg has acquired a copy and will review. Is Silvertown for London City Airport mentioned? All will be revealed.