Mayor under fire over Crossrail

The London Assembly Transport Committee is challenging the mayor, Sadiq Khan, to say when he, Crossrail and Transport for London (TfL) knew the opening of Crossrail was to be delayed. 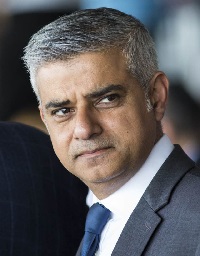 The committee noted that Khan told the Assembly on 6 September that Crossrail had not informed him of the delay until 29 August, while TfL was “definitely told” of a likely delay on 19 July.

In a statement, the committee said it had identified “grave discrepancies” in evidence from the mayor, TfL and Crossrail in a full Assembly meeting on 6 September and a Transport Committee meeting on 12 September “which leads members to conclude they have been misled”.

The committee said it had also recently learnt of a statement TfL made to the London Stock Exchange on 24 July which made no mention of the delay. The group said it had written to the Financial Conduct Authority for clarification on this issue.

Liberal Democrat committee chairman Caroline Pidgeon added: “The evidence we have received shows it is highly likely that the mayor was informed on or soon after 19 July that there was very likely to be a delay.

“It may have been justified to wait for clearer information before a public announcement. However, it is arguable that maintaining that he was completely uninformed is misleading.”

The rift adds to controversy over Crossrail which has also been criticised for ignoring pleas to reopen Silvertown station as a gateway to London City Airport.

Why the surprise? A surprise would be a large scale construction that was delivered on time and within budget!! Heathrow's 3rd runway will be no different!!