The Defence Infrastructure Organisation (DIO) has awarded a contract to Lagan Aviation & Infrastructure to resurface the runway at RAF Northolt (IATA – NHT). The airfield lies about eight miles north of Heathrow on the A40. See also COMMENT.

The contract, worth £23m, will upgrade the existing runway, improve drainage and install new arrestor beds to improve safety. The resurfacing work will extend the life of the runway by 10 to 15 years.

RAF Northolt is the RAF’s strategic site in London, home to 33 supported units from all three armed services and wider government and houses No 32 (The Royal) Squadron, which provides air transport to UK government and military leaders on official business, as the resident flying squadron.

The airfield works are expected to take around six months with the runway being closed for renovation from spring to autumn 2019. During this time, military planes will operate from RAF Benson in South Oxfordshire and civil aircraft from the many commercial airports available. 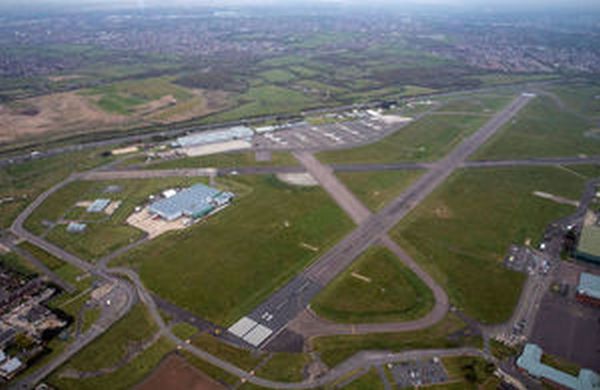 You says in the article that Northolt resurfacing will close the location for over 6 months, and that to make it conform to CAA civil standards , only a few minor alterations need to be made- Question is this part of the works? If Not why not? It is simply not acceptable to just resurface the runway and put in new military arrester gear, at a location that should not just be for the military. Heathrow is ‘stuffed’ and all the slots taken up for international flights. A new runway is planned that will accommodate more short haul flights- however I would put money on the fact that No additional domestic flights will get slots following this, it will be just dare I say ‘European’ flights. Somebody needs to wake up--- do we in fact have an active government these days , or are they all too worried about keeping a job? God rest Laurie John Aviation/Airport Consultant

It always surprises me how much green space there is around Northolt - particularly to the north .Recussitation of runway 31 could be extended considerably and offer clean approaches over the Western avenue rather than West Ruislip .Also departures would impact the Western avenue.Having worked at Bealine/Bourne school and living by Ickenham station it is a fact of life and should be utilized fully for development .Certainly there is cost to be offset against expansion .Too long it has been a protected enclave - free it up and develop .