Two vital elements are missing from the latest criticism of the Crossrail project over who knew what and when about the latest delay. These are Silvertown and London City Airport (LCY).

The Elizabeth Line runs past the airport and in a bid to stop any embarrassment a fence has been erected so that travellers cannot see the terminal.

The chance to at least consider the situation is being deliberately ignored. The opportunity is slipping away, partly because the minds of those involved in the Crossrail project are being diverted constantly by argument and division. Brexit is all consuming, but LCY is the future with Europe

This week’s example of controversy, in which London mayor Sadiq Khan is being challenged over when he knew of the latest delay, is typical. BTN is not alone in reporting a story that has implications for millions of business travellers.

The London Evening Standard ran with it this week, noting Crossrail, also known as the Elizabeth Line, was now not due to open before autumn 2019 and had required a £590m bail-out from public funds to cope with spiralling costs.

The paper said engineers were struggling to get software on the new trains to understand three different signalling systems used on different sections of the line, including the tunnel between Paddington and Whitechapel.

Yesterday The Sunday Times followed up with a front-page report in its business section saying that the Department for Transport could take over the whole project!

Paddington and London's (and Europe's) largest airport, Heathrow, have also entered the debate, with transport minister Jo Johnson telling Parliament on 24 July an extra £300m was needed to finish the central tunnel, plus £290m on existing rail tracks between Shenfield and Liverpool Street – and crucially between Paddington and Heathrow.

Meanwhile, another London airport, LCY, is ignored. With fast check-in, all mod cons and a short walk from terminal to aircraft, LCY complements Heathrow and is a convenient option for thousands in and around the UK’s financial heart.

British Airways through its CityFlyer division has within the past few weeks demonstrated its faith by increasing its fleet and adding routes. New aircraft capable of short-runway operation are bringing possibilities for North America and Middle East in the future.

Crossrail has been exposed. We now know the reason for the paranoia regarding even talk of a new Silvertown for London City Airport station. It may not happen but it needs to be investigated, and now!

(see ‘Mayor under fire over Crossrail’ in this issue) 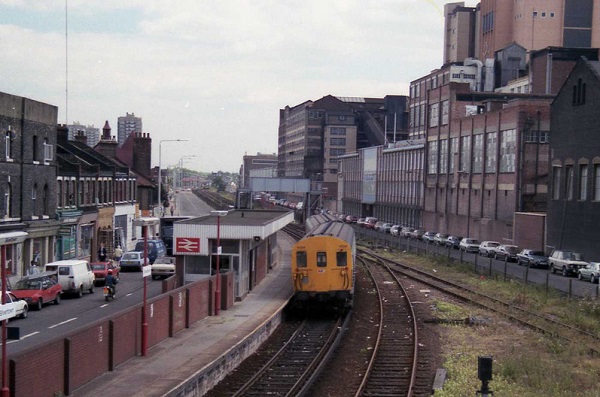