Bombardier and the Q400 aircraft

While there has been much emphasis on the C series aircraft and its reincarnation as the Airbus A220, Bombardier’s passenger aircraft division has been quietly concentrating on a product line that now consists of the Q400 turboprop and CRJ Series jet.

On 1 August it was announced that the Q400 had been certificated for 90 passengers with SpiceJet of India the lead customer and delivery of the first aircraft later this year.  This will give a 15% cost reduction on the current 78-seat version and is the world’s largest passenger prop jet.  CIB leasing is also to take five of the new variant.  Biman Bangladesh has ordered three Q400s to add to the two it currently has in service.

Just over 1,250 aircraft have been delivered, the plane starting life as the De Havilland Canada Dash 8.

With the CRJ series the total order book is approaching 2,000 since the first flight of the original 50-seat 100 series back in 1981.  The latest customer is Uganda National Airlines Company with a firm order for four 100-seat aircraft which will include the new Atmosphère cabin (See BTN 25 June).
www.aerospace.bombardier.com 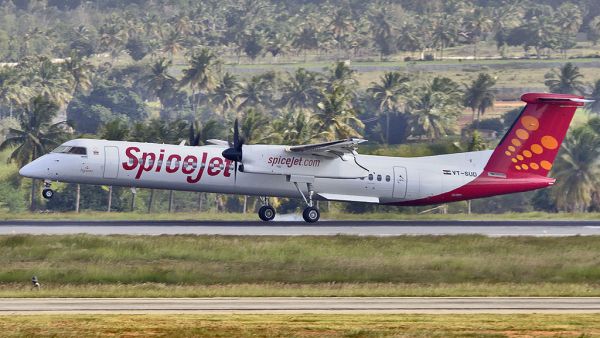