Last week saw the rolling out at Bombardier’s Mirabel, Québec, plant, of the first of 75 Airbus A220 Delta Air Lines has on order.  Formerly called the C Series the A220 is now unique in being produced by one aircraft company and sold and supported by another.

No details have yet been published regarding the breakdown of the order in terms of the 100 Series (maximum 133 seats) and 300 Series (maximum 160 seats) nor the build mix, with Bombardier busy at the present time putting together an assembly line at Mobile Alabama for US orders only, that is currently Delta (who also has an option for a further 50) and JetBlue for 60 of the larger aircraft.

Airbus has confirmed a total of 402 firm commitments with 42 aircraft delivered, 11 to Air Baltic (see last week’s BTN) and 22% fuel burn improvement over the same size Boeing 737-300, seven Korean Air and 25 to Swiss.

The maiden flight of the aircraft is expected shortly with deliveries starting next Spring.  New York’s La Guardia airport is thought to be considered as the home base for some of the fleet, tantalisingly opening up the possibilities of flights to London City Airport.   “It is an absolute widebody feel on a narrowbody,” Delta CEO Ed Bastian said of the CS100. 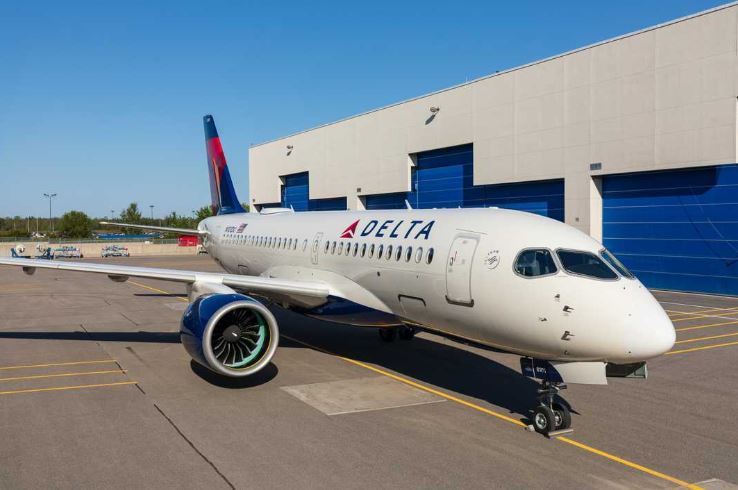