In a surprise move, plans for a domestic network in Argentina by Norwegian Air through its local subsidiary carrier have been moved up to begin next month with six routes. Tickets went on sale last week. 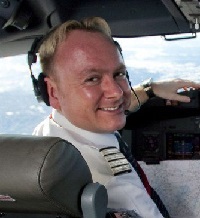 Norwegian Air Argentina (NAA) was reported only last month to have postponed plans to operate Argentinian domestic flights because of delays to the supply of engines for its Boeing fleet (BTN 27 August).

It now says it will operate its first cabotage routes between Buenos Aires and regional cities Córdoba and Mendoza from 16 October, with four more cities –  Iguazú, Neuquén, Bariloche and Salta – coming later.

NAA was authorised by the Argentine government in December to operate 72 domestic and 80 international routes, and received its AOC in January. Direct flights to Buenos Aires from Gatwick and New York-JFK began in mid-February.

NAA CEO Ole Christian Melhus said: “The start of our sales and early start-up of operations represent our biggest milestone since the founding of NAA. Argentina has enormous potential for aviation development and a more integrated economy.”