All change for CityJet

Aircraft in Aer Lingus colours return to London City Airport (LCY) next month after the Irish national carrier signed a deal with Dublin-based CityJet, which is pulling out of operating scheduled services marketed under its own brand.

In a leasing arrangement, CityJet will provide two repainted Avro RJ85s to Aer Lingus to operate the Dublin – London City route from 28 October. Aer Lingus will operate six daily round trips on weekdays, with a reduced service at the weekend.

CityJet’s bigger Sukhoi SSJ100 is not yet certificated for LCY but could be brought in at a later date, also in the Aer Lingus livery.

The development completes the CityJet transition in recent years from being an airline serving scheduled markets under its own name to becoming a provider of capacity to customer airlines throughout Europe.

As the Irish Independent among others reported last week, the agreement also leaves Aer Lingus and sister company British Airways – both owned by IAG – as the only carriers on the Dublin – London City route.

The expansion means Aer Lingus will increase its operations between the two capitals to up to 50 daily flights, confirming Dublin – London as the busiest international air route in Europe. 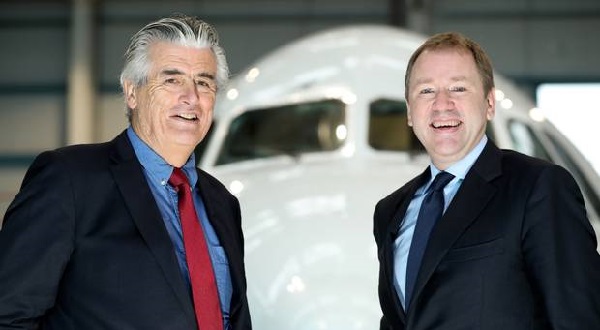