More aircraft, more routes and more frequencies for the London City Airport (LCY) network were announced last week by British Airways as it celebrated its busiest summer yet at the Docklands base. 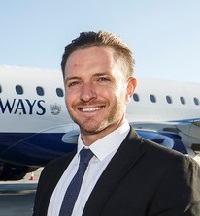 Four additional Embraer E190 aircraft will join the BA CityFlyer fleet during 2019, for a total of 26, adding nearly 20% more seats in 2019 to enable the launch of new services.

These include a year-round operation to Rome from 11 November and a fifth daily service for the popular Zurich route on weekdays. Details of other new routes and flights are due shortly.

“An enlarged fleet means more choice for passengers, keeps London connected to major European cities and is a real endorsement of the London City proposition by our home-based carrier.”

BA CityFlyer general manager commercial and customer Luke Hayhoe said: “We added 13% capacity at LCY in 2018 and will add nearly 20% in 2019 with the new Rome route increasing the number of BA destinations from the airport to 33.”