Eurowings on a roll

A nine-month programme to integrate 77 aircraft from airBerlin, which collapsed a year ago (BTN 21 August 2017), into the Eurowings fleet is almost complete, with a 174-seat Airbus A320 from leasing company Magnetar marking the final step. 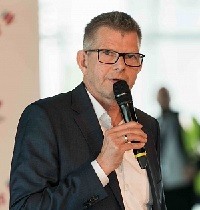 Eurowings chief executive Thorsten Dirks said the project had been managed in record time, something “unprecedented in European aviation”.

“AirBerlin was in the market for 40 years. In less than 40 weeks, millions of passengers have access again to a large proportion of the flight capacities that were lost and as a result we prevented the collapse of German air traffic,” he added.

Dirks noted the project had meant Eurowings had expanded its position in the European market, hiring many new employees and reallocating 3,000 jobs in the cockpit, the cabin and on the ground.

Thanks to the extra capacity, the airline was now the number one at six German airports: Cologne, Düsseldorf and Stuttgart and now Hamburg, Nuremberg and Hanover as well, he added.

Dirks said he was convinced the one-off investment in expanding Eurowing’s capacity would soon pay for itself. “In years to come, anyone looking back on 2018 will see that this was the year Eurowings laid the foundations for a successful future,” he concluded.