War in the air over the Scillies

A new helicopter service between Land's End and the Isles of Scilly which started this summer with a schedule of up to eight flights a day six days a week is facing competition from a possible rival next year. 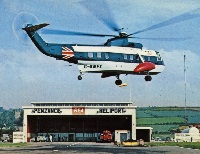 The new Island Helicopters route is operated by Gloucester-based Specialist Aviation Services (SAS) in partnership with Isles of Scilly Travel, part of the Isles of Scilly Steamship Group, and is using a new 10-seat AW169 helicopter.

The operation has already attracted controversy, with the Guardian reporting one of the islands the company hoped to fly to, Tresco, was refusing to allow landings because of plans for another service in 2019 from a new Penzance heliport.

This project was given unanimous approval last week by Cornwall Council’s Strategic Planning Committee. The new heliport would be close to the former one, whose site is now occupied by a supermarket.

The last regular helicopter flight between the mainland and the islands, operated by British Island Helicopters (BIH), was in September 2012. BIH blamed rising costs, falling passenger numbers and a land dispute over the Penzance heliport for ending the service. 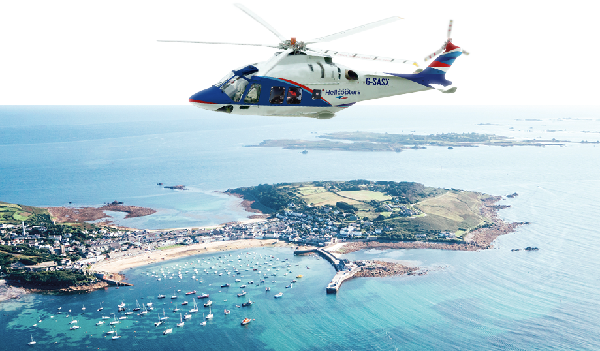 The Isles of Scilly Steamship Company is currently the monopoly supplier of all travel services to the Islands and so a competitor can only be a good thing.