Norwegian and Heathrow were both in focus at last week’s International Airline Group (IAG) financial results meeting, with group CEO Willie Walsh saying IAG was looking to sell its shares in Norwegian Air after failing to negotiate a takeover. 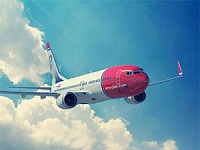 IAG bought 4.6% of Norwegian earlier this year as a prelude to discussing a takeover, but had two proposals rebuffed. Walsh told the Financial Times: “We’re not going to keep the shares, we’re not an investor.

“We bought that small stake to initiate a conversation and if that conversation is not going anywhere, as it’s not, we’re not going to hold on to those shares.”

As the FT reported, Walsh also hit out at Heathrow, which has a £14bn scheme to build a third runway but which has also paid large dividends to shareholders. “I’m all in favour of a well-run company paying dividends, but that’s not Heathrow,” he said.

“Heathrow is a quasi-monopoly that games the economic regulation environment to raise the charges that they can levy and has done well in the past to convince the regulator to reward them by spending more money.

“My objection is to the fact that they’re incentivised to waste money and I’m particularly concerned that the incentive remains in place in the context of Heathrow.”